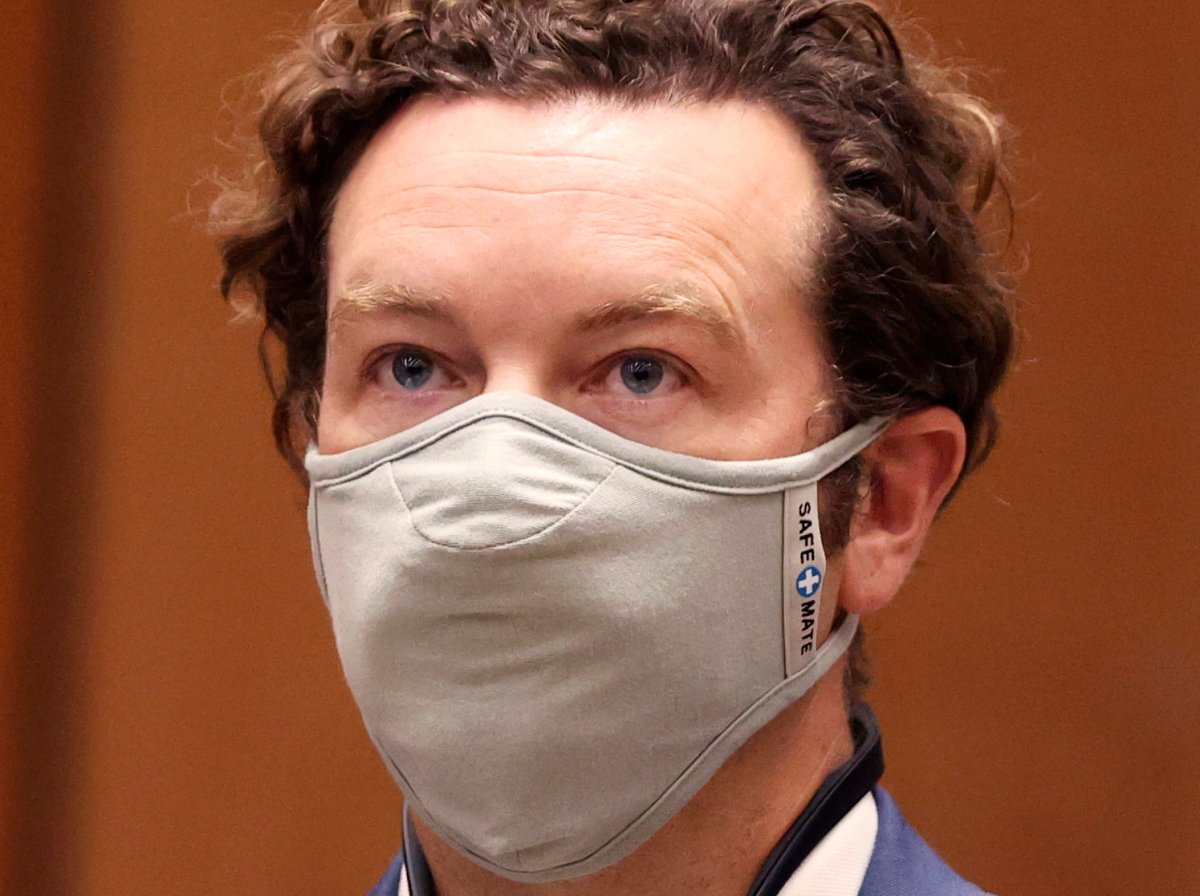 NOTE: The following article contains content that some might find disturbing. Please read at your own discretion.

One of Danny Masterson‘s three rape accusers took the stand in Los Angeles Superior Court on Tuesday, tearfully recounting what she described as a calculated move by the That ’70s Show actor to drug her and sexually assault her.

Prosecutors have alleged that Masterson, 45, who has been free on bond since his June 17, 2020, arrest, raped a 23-year-old woman sometime in 2001, a 28-year-old woman in April of 2003, and a 23-year-old woman between October and December of 2003. He has been officially charged with three counts of rape by force or fear. All of the alleged rapes happened at his Hollywood Hills home.

He could face up to 45 years in prison if found guilty. Masterson has vehemently denied the charges, and his lawyer, Thomas Mesereau, has repeatedly said he will prove his client’s innocence.

The accuser, who has identified herself only as Jen B., spoke at the preliminary hearing, which is taking place to determine if Masterson’s case will go to trial.

She testified that 18 years ago, in April 2003, she headed to That ’70s Show star’s house to pick up a set of keys. Once there, she claims she was convinced to stick around for drinks with the actor and some mutual friends — all of the people involved, including Jen. B. and Masterson, were involved with the Church of Scientology, which is how they knew each other.

She said she accepted a drink from Masterson, and approximately 20 minutes later her vision became “blurry” and the actor pushed her into a hot tub.

She said when she got out she couldn’t even sit up. A mutual friend, Luke Watson, tried to help her.

“I couldn’t walk or stand, so he put me on the tile on the ground,” said Jen B., who began crying but remained composed throughout her testimony. “I said, ‘Luke, I can’t see,’ and he said, ‘Open your eyes,’ and I didn’t know my eyes were closed. I couldn’t open my eyelids. I felt really, really sick.”

She testified that Masterson carried her upstairs, where she vomited, then put her in his shower. She said she began losing consciousness but was awake to find Masterson soaping her bare breasts. She said she tried to punch him in the face but was too weak and her hand only landed lightly on his chest.

She testified that he put her on the bed and raped her and has only flashes of memory in the minutes that followed. She said that after she failed to get Masterson off her by pulling his hair, she put a pillow in his face, but he pushed it back on her.

She said he pulled a gun out of his nightstand drawer to threaten her.

Mesereau repeatedly asked Jen B. about inconsistencies between her 2004 police report and a 2003 “knowledge report” — a document that Scientology followers write up and file — as the church tried to mediate between her and Masterson. She acknowledged there were differences but said she tried to be truthful in every case.

Following the alleged incident, she claims, she had bruises on her wrists and neck, along with pain in her genital area.

Jen B. says she was hesitant to file a police report against Masterson considering his strong ties with the church, and all of her loved ones advised her against it. She would be labelled a “suppressive person” and ostracized from the church — a devastating thing, considering most of her friends and family were members.

She did eventually file a police report approximately a year later.

Mesereau said she had “mischaracterized” the Scientology response.

Before the hearing began, Mesereau argued that references to the church or harassment of women by officials and members should not be allowed. He alleged that the prosecution and lead detective in the case had shown “religious bias in the most blatant form.”

The judge declined to issue a blanket ban, but she said she would allow the witnesses to discuss the church as it affected their state of mind. The church has denied ever engaging in any harassment.

Masterson, who was present in court, took notes but seemed unfazed by any of the testimony, according to AP.

Mesereau, whose previous clients have included Michael Jackson and Bill Cosby, said in court last year that the charges were the result of unfair hype from media outlets and political pressure to prosecute his client.

Masterson’s arrest came after a three-year investigation that resulted in the rare prosecution of a famous Hollywood figure in the #MeToo era. Despite dozens of investigations, most have led to no charges based on lack of evidence or too much time having passed since the alleged sexual assaults.

The women who have accused Masterson of sexual misconduct claimed they have suffered “harassment, embarrassment and re-victimization” by the actor and the church, since Masterson and the church learned they were “co-operating with authorities.”

In 2017, actor Leah Remini, a former member of the Church of Scientology, accused the Los Angeles Police Department of covering up Masterson’s investigation in order to appease Scientology leaders.

Months later, Remini continued to speak out against Masterson, and the finale episode of her Emmy-winning series Scientology and the Aftermath was supposed to include two of the four women who accused Masterson of sexual assault, but that episode was reportedly shelved in February 2019.

After months of back-and-forth, Remini’s two-hour special, titled Waiting for Justice, aired in August 2019. She interviewed Masterson’s accusers about their experiences with the former The Ranch actor and condemned the Church of Scientology, alleging it was protecting him from justice.

Masterson was fired from the Netflix series The Ranch and quietly dropped by his former talent agency, United Talent Agency (UTA), after the LAPD confirmed it was investigating sexual assault allegations against him.

“I am obviously very disappointed in Netflix’s decision to write my character off of The Ranch,” the actor wrote in a statement at the time of his firing. “From Day 1, I have denied the outrageous allegations against me. I have never been charged with a crime, let alone convicted of one.

“In this country, you are presumed innocent until proven guilty. However, in the current climate, it seems as if you are presumed guilty the moment you are accused. I understand and look forward to clearing my name once and for all.”

A litigation lawyer for the Church of Scientology also released a statement in August 2019 calling the lawsuit “a sham.”

In Tuesday’s testimony, Jen B. acknowledged prosecutors told her in 2004 that her case had been rejected in part because there were too many witnesses against her. She returns to the stand Wednesday for the hearing that is expected to last four days.

On Tuesday afternoon, Masterson seemed to be in good spirits, sharing a smiling selfie to Instagram with his wife, Bijou Phillips.

“Had the most beautiful Uber driver drop me off at school today,” he wrote in the caption.

— With files from Andrew Dalton of the Associated Press