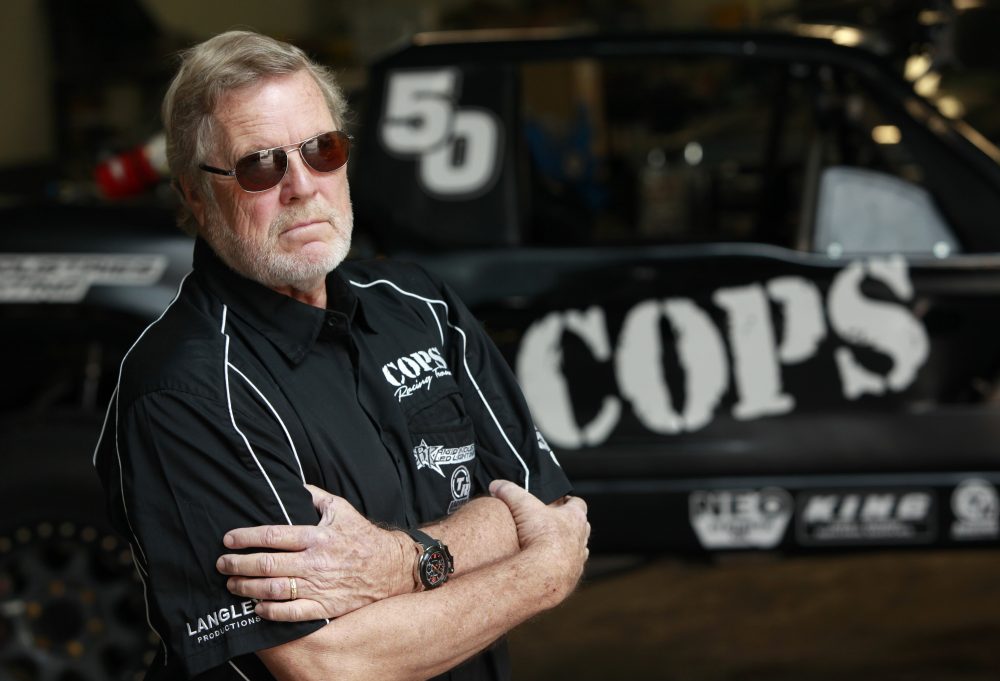 John Langley, creator of the long-running TV show Cops, has died at the age of 78 after suffering a heart attack during a road race in Mexico.

Langley had a heart attack during the Coast to Coast Ensenada-San Felipe 250 off-road race in Baja on Saturday, according to family spokesperson Pam Golum.

He was an off-road racing enthusiast and would often participate in such events.

John Langley prepares for a race in honour of the 800th episode of COPS on September 10, 2010, in Primm, Nevada.

Langley’s show Cops became one of the first reality television series when it launched on Fox in 1989, and it would go on to air for 32 seasons. The show was well-known for its Bad Boys theme, its dizzying foot chases and its parade of shirtless suspects being arrested. It also faced accusations of glorifying police, and was ultimately taken off the air last year following the police killing of George Floyd.

The show ran on Fox until 2013, when it jumped over to Spike TV/The Paramount Network until 2020.

Langley co-created Cops with his production partner Malcolm Barbour. The show still airs in syndication in many countries.

Cops hit the air three years after Langley and Barbour first tested the concept in Vice: The Doping of a Nation, a TV special in which Geraldo Rivera joined police for a live narcotics bust.

He also produced the 2009 film Brooklyn’s Finest, as well as the non-fiction series Jail, Vegas Strip and Anatomy of a Crime.

Langley is survived by his wife Maggie, sons Morgan and Zak, daughters Sara and Jennifer and seven grandchildren.