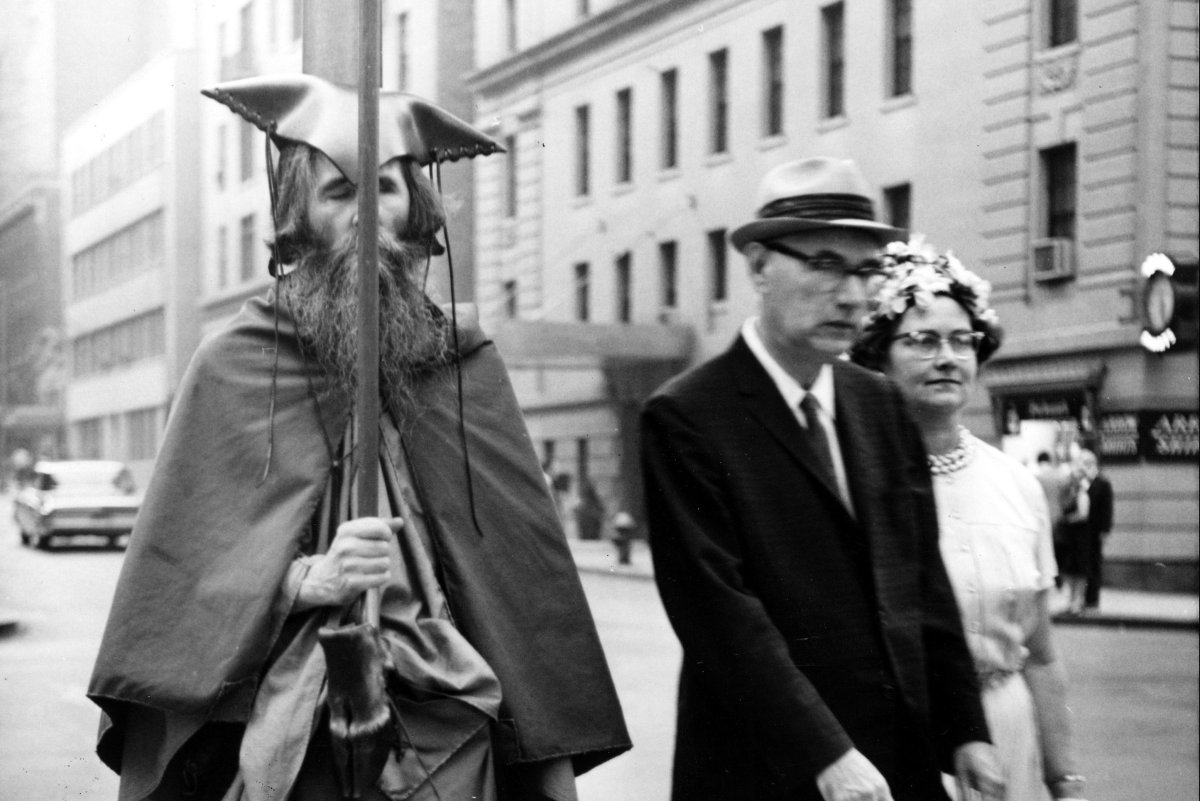 Chances are you’ve never heard the name Vasili Arkhipov, but he could be the reason you’re alive. Back during the Cuban Missile Crisis, he stopped his commander from accidentally firing nukes on the US when things heated up. It’s possible that he prevented the entire planet from plunging into a nuclear war. Talk about an unsung hero.

I’ve always had a soft spot for people like this: those who made tremendous contributions to the world but have never received the appropriate credit. That includes the history of music.

Mullen was a major in the U.S. Army Signal Corps during World War II. At the end of hostilities in Europe, he stumbled upon a couple of strange Nazi machines. They were reel-to-reel tape decks using magnetic tape that the Nazis had deployed in radio broadcasts to confuse the Allies about Hilter’s actual whereabouts. How could he deliver different hours-long speeches simultaneously in Berlin, Munich, and Hamburg? And how were those Nazi orchestras able to play through the night nonstop? The answer was everything was on tape.

Because the war invalidated all patents held by the Axis powers, Mullin was able to take the machines he found back to the U.S. in a couple of duffel bags and after getting out of the army, he started demonstrating the new state-of-the-art high-fidelity technology for potential investors.

One person who was very interested was Bing Crosby. He hated having to repeat his national radio show for the west coast time zone, which was really cutting into his time on the golf course. Mullin’s machines offered a solution. He could just pre-tape his east coast show and then call it a day.

Crosby became an investor in Ampex, an electronic company that took Mullin’s gear and started making reel-to-reel machines. So many innovations followed. Performances could be started, stopped, restarted, and then edited together with a razor blade and some tape. Mistakes could be removed. If a joke bombed, it could be cut out.

An early production unit also made its way to guitarist Les Paul, who was also a compulsive inventor. He modified the machines even further, learning how to make multi-track recordings. Because of this, entire parts could be re-recorded without having to start everything all over again. Special effects like echo and reverb could be applied. And the volume of each track could be controlled separately.

None of this had been possible before as recordings were made in real-time to a transcription disc. No edits, no fixing-it-in-the-mix. In short, Jack Mullin, along with Bing Crosby, gave birth to modern recording studio technology.

From the 1950s forward, people started making records that were impossible to reproduce in the real world. The studio itself became a workshop, an instrument unto itself with unlimited sonic possibilities. It no longer was about faithfully capturing a performance but using the studio to create something brand new. And not only that. Mullin’s tech was adopted for videotape, making that entire revolution possible, right down to instant replays for sports.

As a disc jockey in Cleveland in the early 1950s, Alan Freed was making a reputation for himself by playing R&B records for a white audience. His late-night radio show had him hollering over records while calling himself “Moondog.” He also held some of the first-ever rock concerts under the name “Moondog Balls.”

This was most upsetting to Louis Hardin Jr., a homeless, six-foot, blind, New York street performer who was often seen dressed in a Viking uniform standing outside the stage door of Carnegie Hall, standing silently and banging a drum. He also composed music and released a few records under the name Moondog.

He was tough to miss and attracted the attention of the artists coming and going at Carnegie Hall. They took a shine to him and raised enough money to record a piece called Moondog’s Symphony in 1949.

That record found its way to Freed in Cleveland where it became the theme of his radio show. Hey, he was calling himself “Moondog,” so why not?

The actual Moondog was incensed. With the help of big band leader Benny Goodman, Moondog sued Freed and won $6,000 in damages as well as securing a promise that Freed would never again use the name “Moondog.”

Forced to revamp his schtick, Freed started searching for a new catchphrase. After much thought (and apparently some heavy drinking), he decided to use an African-American phrase for sex that he’d stumbled upon. The kids who listened to his show would know what he meant while their parents remained oblivious.

That’s how the phrase “rock’n’roll” entered the lexicon. Had it not been for Moondog’s lawsuit, what might we have called this music?

Back in 1960, most people expected the electric guitar to provide clean, clear sounds that could be heard above other instruments in an ensemble. There were few performers who realized that by maxing out the volume both on the guitar and the amp, you could get a cool, powerful distorted sound. Others resorted to physically damaging the speaker cones in their amps with a knife, a screwdriver, or a pencil to dirty things up. That was fine, but it was impossible to control these sounds or summon them on demand.

In late 1960, Grady Martin, a session player in Nashville, was called in to play on a Marty Robbins song called Don’t Worry at a studio called The Quonset Hit. Everything was going fine until Grady plugged his six-string baritone guitar directly into the recording console. What came out did not sound right. A faulty transformer for one of the pre-amps made everything sound distorted and fuzzy. It turn out that the manufacturer of the console was in the process of moving from New York to California and in the manufacturing confusion that followed had used some faulty transistors in this particular mixing desk.

Robbins’ first reaction was one of disgust and horror. Grady, thought, though it sounded cool. So did engineer Glenn Snoddy. In the end, Robbins relented and Grady’s fuzzy bits were left in the song. You’ll hear it about 1:15 into the track.

Even after the faulty transformer was tracked down, they didn’t do anything about it. In fact, Grady and Snoddy hoped that whatever it was doing it kept on doing it.

When Don’t Worry became a big hit in 1961, everyone started asking how Grady and Snoddy got that fuzzy sound of the guitar. The buzz got louder after Grady released a song called “The Fuzz.”

Gibson Guitars was most curious. “You’ve got something there,” they said. “Is there any way you could help us build something that would make this sound available to anyone on-demand?” And so a partnership was born with help from Revis Hobbs, an engineer at Nashville’s WSB-TV.

When the prototype was ready, Gibson bought in immediately. The result was the Maestro Fuzz Tone, the first-ever distortion pedal for the electric guitar.

These sounds caught on quickly and other manufacturers started issuing their own pedals. The Tone Bender. The Fuzz Face. The Big Muff (stop giggling). And when Keith Richards used the Maestro FZ-1 Fuzz Tone on this song, everything changed.

That recording itself was unintentional. Keef wanted that part to be played by a big horn section. His guitar bit was just a placeholder with the Fuzz Tone set to sound as close to a saxophone as possible. He hated it but the band loved it and insisted that the version of the song with the fuzzy guitar bits recorded on May 12, 1965, be released as a single.

From that point on, the distorted electric guitar was front-and-centre in rock’n’roll. And to think it all became with an equipment failure in Nashville. Thank you Grady Martin and Glenn Snoddy.