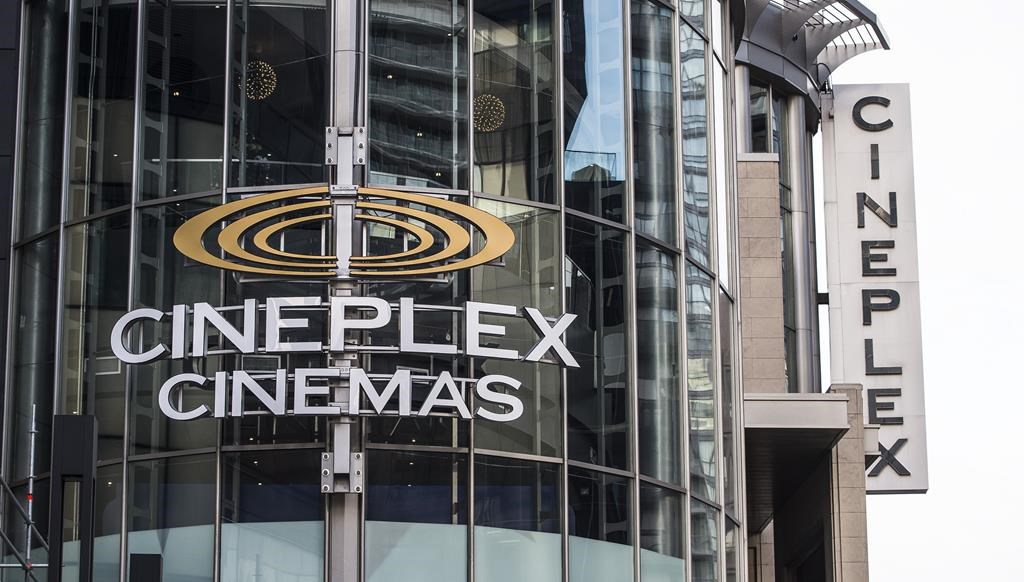 The head of Cineplex Inc. is calling on federal and provincial leaders to draft up a better plan to support Canada’s hobbled movie exhibitors.

While most of the country’s theatres remain closed under COVID-19 restrictions, Cineplex CEO Ellis Jacob says it’s time health officials across the provinces agree to “be consistent and move forward” as summer movie season gets underway this month.

Outside Canada, theatre marquees have been turning on across some of the biggest markets, with U.S. theatres open for business under varying rules by state.

Much of the United Kingdom restarted its cinemas on Monday, while projectors began whirring again in France on Wednesday with capacity restrictions.

“What we need to be able to do is open,” Jacob said after Cineplex’s annual meeting on Wednesday in an interview that touched on the future of cinemas and his belief the federal government should offer financial support for the recovery of the industry.

One of his most immediate concerns, Jacob said, is the inconsistency playing out in Ontario and Quebec, two neighbouring provinces that are taking divergent approaches.

Quebec is already leaps ahead of the rest of Canada. The majority of its movie houses are open and audience capacity limits far exceed what will likely be allowed elsewhere.

The province has also injected $3.9 million into Quebec-owned movie theatres for the 2021-22 financial year. None of that money goes to Cineplex since it’s not based in the province.

In Ontario, support for movie theatres is far more tepid. Stay-at-home orders are in effect until June 2 and there’s virtually no clarity around when cinemas might be allowed to open their doors under limited capacity restrictions.

“We’re always the first to get shut down and the last to be allowed to reopen,” Jacob said.

He is hopeful at least some of the province’s theatres will be back in June as more people get vaccinated.

For now, about 90 per cent of Canadian movie theatres remain closed due to COVID-19 restrictions, according to the Movie Theatre Association of Canada (MTAC), an advocacy organization for the industry representing independent theatre owners and larger chains.

“Revenues are down more than 96 per cent and Canadian cinemas have been shut down longer than those in any other G7 nation,” said executive director Nuria Bronfman in a statement.

In April’s budget, the federal government earmarked $300 million over two years for a recovery fund meant to rebuild the arts and culture sector.

The MTAC urged the feds to use Quebec’s financial support program as a model for their own version. It said the program would’ve amounted to less than half of the money set aside for live music revenues, valued at $70 million.

Read more:
Can cinema recover from a year of lockdown?

Ultimately, none of the financial support was reserved for exhibitors, besides a small Telefilm grant, the MTAC said.

Jacob said federal leaders were fast to speak about preserving Cineplex from foreign investment less than two years ago when U.K.-based giant Cineworld planned to acquire the business. He’d like to see them keep that enthusiasm for cinemas in the pandemic.

“The finance minister says the cultural sector is one of the hardest hit by the pandemic, but when it comes to relief, we are not part of the mix,” he added.