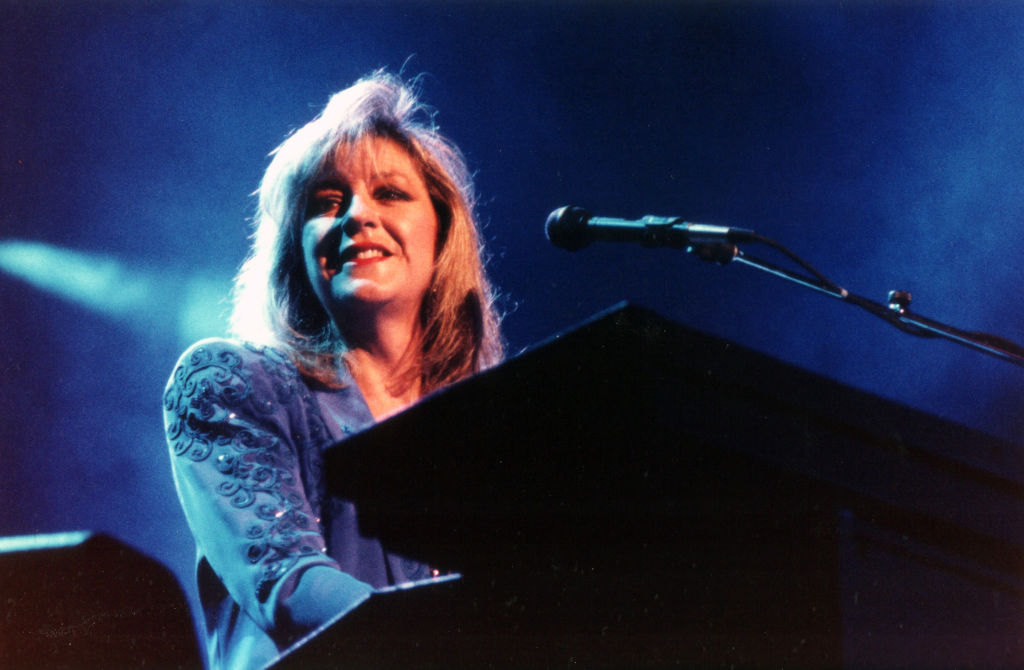 Christine McVie of Fleetwood Mac performs at the Met Center in Bloomington, Minnesota on June 30, 1990.

Her death was announced on the band’s social media accounts. No cause of death or other details were immediately provided, but a family statement said she “passed away peacefully at hospital this morning” with family around her after a “short illness.”

McVie was a steady presence and personality in a band known for its frequent lineup changes and volatile personalities — notably fellow singer-songwriters Stevie Nicks and Lindsey Buckingham.

Fleetwood Mac started out as a London blues band in the 1960s, and evolved into one of the defining makers of 1970s California pop-rock, with the combined talents of McVie, Nicks and Buckingham anchored by the rhythm section of founder Mick Fleetwood on drums and John McVie on bass.

During its peak commercial years, from 1975-80, the band sold tens of millions of records and was an ongoing source of fascination for fans as it transformed personal battles into melodic, compelling songs. McVie herself had been married to John McVie, and their breakup — along with the split of Nicks and Buckingham — was famously documented on the 1977 release Rumours, among the bestselling albums of all time.

Fleetwood Mac was inducted into the Rock and Roll Hall of Fame in 1998. The group’s many other hit singles included Nicks’ Dreams, Buckingham’s Go Your Own Way and McVie’s Little Lies. One of McVie’s most beloved works, the thoughtful ballad Songbird, was a showcase for her in concert and covered by Willie Nelson, among others.

McVie, born Christine Perfect in Bouth, Lancashire, had been playing piano since childhood, but set aside her classical training once she heard early rock records by Fats Domino and others.

While studying at the Moseley School of Art, she befriended various members of Britain’s emerging blues scene and, in her 20s, joined the band Chicken Shack as a singer and piano player. Among the rival bands she admired was Fleetwood Mac, which then featured the talents of blues guitarist Peter Green along with the rhythm section of Fleetwood and McVie. By 1970, she had joined the group and married John McVie.

Few bands succeeded so well as Fleetwood Mac, against such long odds. Green was among the many performers who left the group, and at various times Fleetwood Mac seemed on the verge of ending, or fading away. More recently, Buckingham was kicked out, replaced on tour by Mike Campbell and Neil Finn.

McVie herself left for years, only to return for good in 2014.