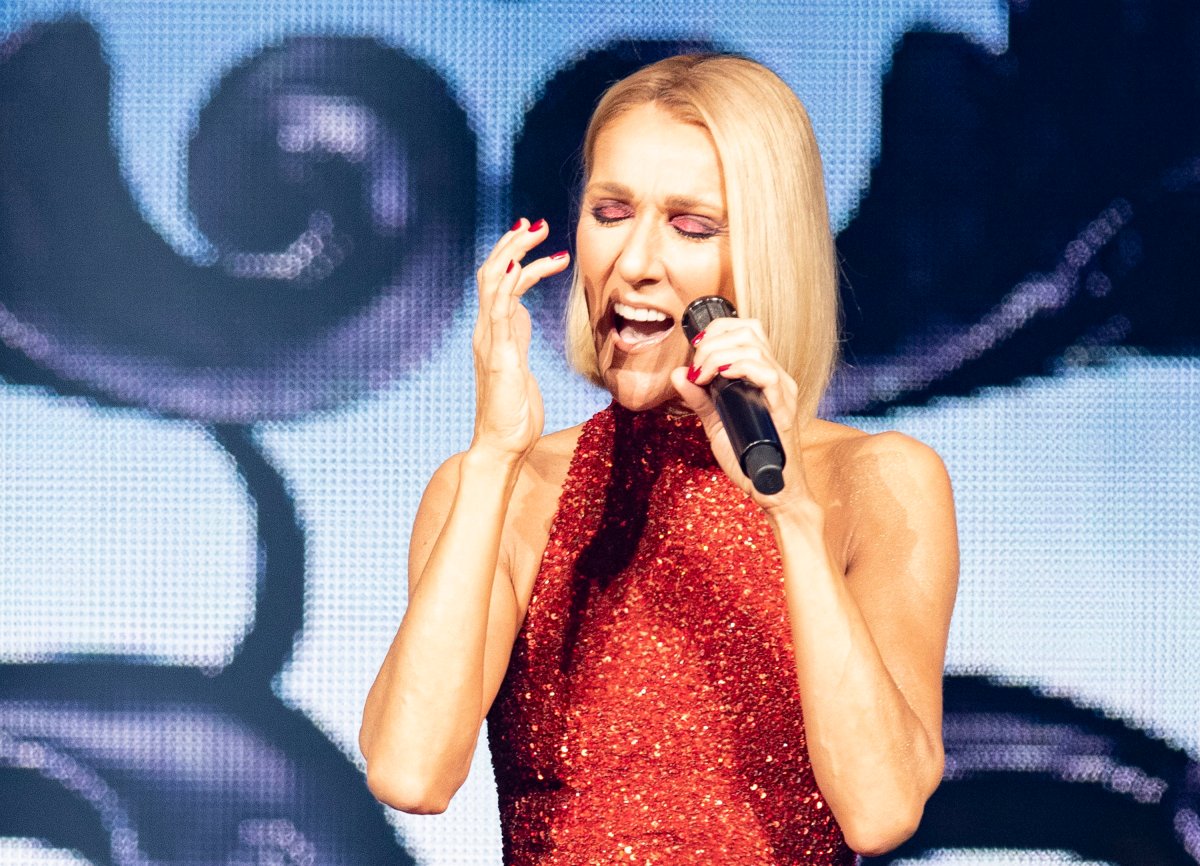 Celine Dion performs during her first Courage world tour date on September 18, 2019 at the Videotron Centre in Quebec City.

Céline Dion is putting her upcoming Las Vegas residency on hold until further notice as she deals with “unforeseen” medical symptoms.

The Quebec-born music star announced on her official Twitter account that she’s been experiencing “severe and persistent” muscle spasms that are keeping her from rehearsals, just weeks before the shows were set to begin.

I’m heartbroken by this. My team and I have been working on our new show for the past eight months, and to not be able to open this November saddens me beyond words. Now, I have to focus on getting better… I want to get through this as soon as I can. – Celine xx… pic.twitter.com/cEDLQt9HDg

“I am heartbroken by this,” Dion, 53, said in a statement, posted in both English and French. “My team and I have been working on our new show for the past eight months, and to not be able to open this November saddens me beyond words.”

The songstress is being closely monitored and treated by medical professionals, and she says she has to prioritize her health.

As of this writing, it’s unclear what, exactly, is causing the spasms, or where on her body they’re taking place.

“Now, I have to focus on getting better,” she said. “I want to get through this as soon as I can.”

Dion’s series of shows at the Resorts World Theatre was set to open next month in Las Vegas. All performances from Nov. 5 to 20, as well as those slated for Jan. 19 to Feb. 5, 2022, have been cancelled.

2:10
Quebec companies making their mark in Las Vegas Theatre where Celine will perform

Concert promoter AEG Presents says ticketholders will be refunded. They will also have access to a pre-sale for replacement dates, which have not yet been announced.

The singer was the first in a stacked calendar of marquee stars booked to headline the new 5,000-person capacity Resorts World Theatre in the coming weeks. Carrie Underwood, Katy Perry and Luke Bryan are also slated for the venue.

Dion is still set to take the stage for her upcoming Courage Tour in March 2022, which had already been delayed due to the COVID-19 pandemic.

—With files from The Canadian Press