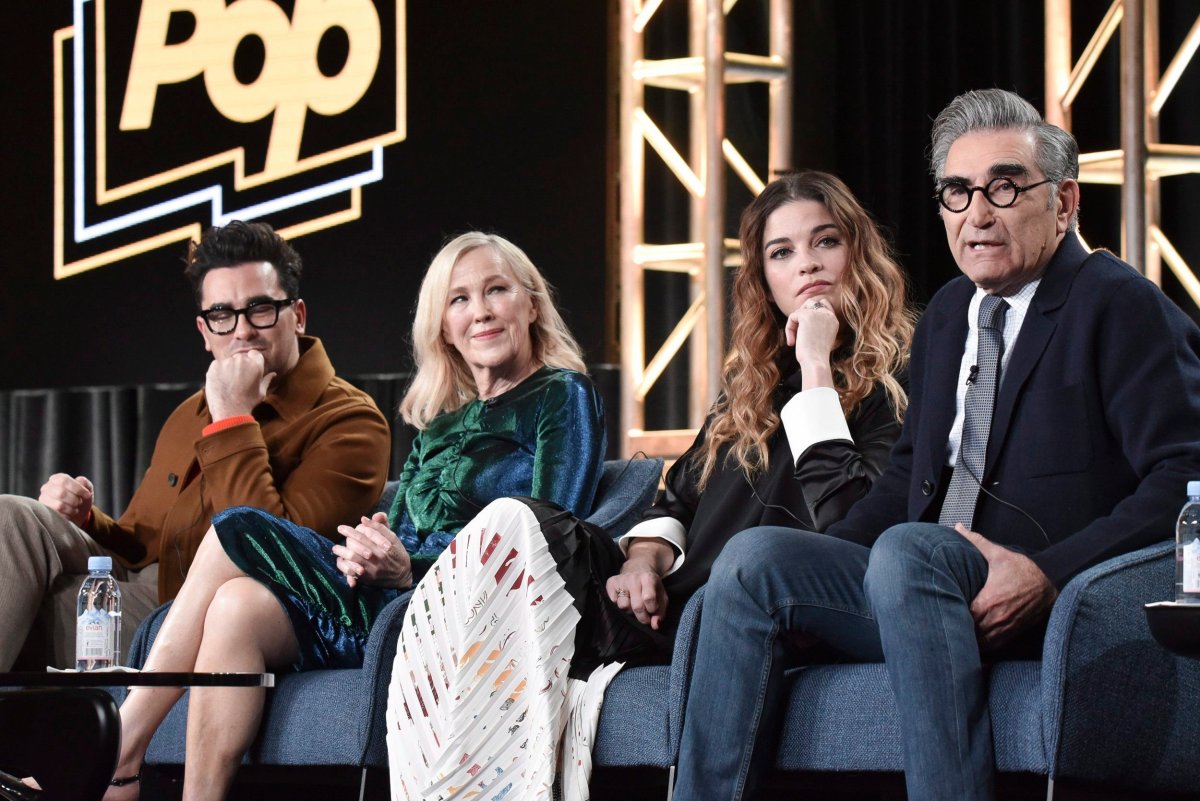 The riches-to-rags story nabbed a total of eight trophies during the week of virtual CSAs, the final major awards show for the series after a year filled with international accolades.

Schitt’s Creek won best comedy series and a lead-actress honour for Catherine O’Hara on Thursday after getting six awards the previous night, including a writing nod for Toronto-raised co-creator and star Daniel Levy.

Its other CSAs wins included Emily Hampshire for best supporting actress and a directing trophy for Levy and Andrew Cividino.

The widely beloved Ontario-shot show, which aired on Pop TV in the United States and streamed on Netflix internationally, was the leading contender going into this year’s CSAs with 21 nominations.

Indigenous zombie feature Blood Quantum was up for a leading 10 film awards going into the CSAs week and emerged the second-highest overall winner with seven trophies in total.

Six of the Blood Quantum honours came on Thursday, including an editing nod for Montreal-based Mi’kmaq writer-director Jeff Barnaby and best lead actor for Michael Greyeyes, who plays the police chief of a fictional First Nations community immune to a zombie plague that’s broken out around it.

“With every success that we have seen, many of which were beyond comprehension, my mind has always gone straight back to the team, because I simply could not have done it without them,” Levy said in an interview last week, before the CSAs began.

“So it goes without saying that, to come back to Canada and be recognized like this by our peers is obviously everything to us.”

For Barnaby, the CSA nominations signified some progress for Indigenous film and the horror genre.

“Once upon a time, (horror) was always regulated into the indie awards,” he said in an interview before the CSAs week.

Read more:
A new Tragically Hip album, just in time for the May long weekend

The crime noir Akilla’s Escape got five awards, including best original screenplay for Wendy Motion Brathwaite and Charles Officer, who was also the film’s director.

Other key film winners included Funny Boy, about a Tamil boy who grows up gay in Sri Lanka during the deadly Tamil-Sinhalese conflict. It won three awards, including best original score for Howard Shore, best director for Toronto-based Deepa Mehta and best adapted screenplay for her and co-writer Shyam Selvadurai.

U.S. star Michelle Pfeiffer got a lead-actress nod for playing a Manhattan socialite in the film French Exit, which Vancouver Island-born writer Patrick deWitt adapted from his own novel.

Read more:
‘Friends: The Reunion’ trailer: The gang is back together, one last time

Trickster was cancelled after one season in January amid controversy over co-creator Michelle Latimer’s claims of Indigenous ancestry.

Beth Janson, CEO of the Academy of Canadian Cinema & Television, said the controversy made the show ineligible for best drama series and disqualified Latimer from any nominations.

“Being nominated or being considered for a Canadian Screen Award is not automatic. There are a number of different rules that have to be abided by in order to be eligible,” Janson said in an interview.

“And when we have a dispute that comes up within our membership, let’s say, or with credits of who is on the credit list, we have to make a determination about whether that should be eligible. And we did do that.”

This is the second year in a row the CSAs unfolded online because of the pandemic, which has curtailed the usual pomp of the film and TV awards show circuit.

The Oscars, Grammys, Emmys and other awards bashes have experimented with different types of pandemic-tailored broadcasts to meet health and safety precautions but the result has been low ratings and, in some cases, critical pans.

Nevertheless, Janson welcomed the opportunity to reinvent the format.

“I can’t see an awards show just returning to what it was. I think that there will be some changes, and I think that’s going to be great,” said Janson.