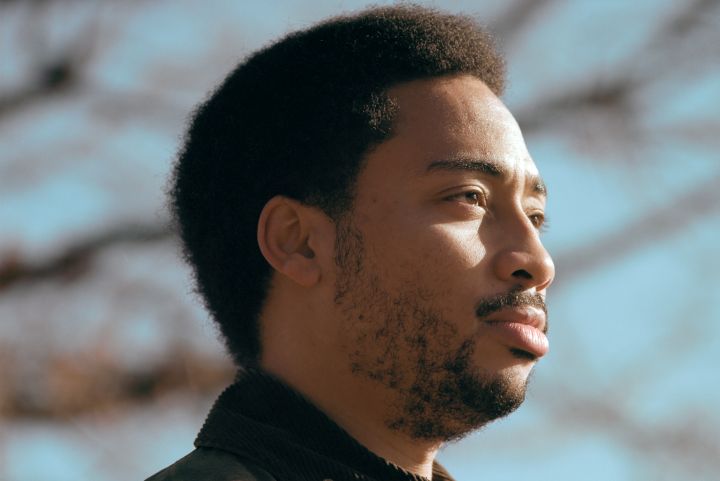 Canadian rapper Roland Pemberton, also known as "Cadence Weapon", is seen in an undated handout photo. The Edmonton-raised rapper's project — which fuses hip-hop, electronic and grime music — was selected by an 11-member grand jury as the best Canadian album of the year for the Polaris Prize, based on its artistic merit.

Cadence Weapon has won the 2021 Polaris Music Prize for his album Parallel World.

The Edmonton-raised rapper’s full-length record — which fuses hip-hop, electronic and grime music into a reflection on social injustice — was selected by an 11-member grand jury as the best Canadian album of the year, based on its artistic merit.

The recognition comes with a $50,000 prize and heightened awareness for the artist who’s been part of Canada’s music industry for well over a decade but is still widely considered underground.

“I can’t believe this is happening, I feel amazing,” he said by webcam on Monday as he accepted the honour from his home.

The 35-year-old musician’s win comes after two of his previous albums were Polaris shortlisted, 2006’s Breaking Kayfabe and 2012’s Hope in Dirt City, but didn’t take home the prize.

Parallel World, his fifth album, was already a darling of music critics who applauded how its 10 songs that play out over a brisk 26-minutes left a lasting impact. Some credited the record with capturing a uniquely Toronto perspective on the Black experience in Canada that grapples with gentrification, technology and history.

“I definitely made music with a journalistic lens,” he said, acknowledging much of the album’s inspiration came from watching the George Floyd protests last year.

READ MORE: Protests after death of George Floyd brings racism to the forefront in Edmonton

Cadence Weapon, born Rollie Pemberton, moved to Toronto in 2015 after spending many of his formative years in Montreal. But before that, he was already on the radar of Canada’s arts scene, named Edmonton’s poet laureate for two years in 2009.

His familial ties to Edmonton run deep. His late father, Teddy, was a hip-hop DJ on campus radio while his grandfather, Rollie Miles, was a player with Edmonton’s CFL team for 11 years.

While accepting the Polaris award, Pemberton laid out early plans for using some of his “resources” to organize voter registration events around the Toronto municipal and Ontario provincial elections.

“We need some changes to our leadership and we need to make things more equitable for people in the city to be able to vote,” he said, calling on other interested musicians to join him in his quest.

In a news conference after the award announcement, he told reporters that he also plans to use a portion of the prize money to help some Toronto crowdfunding campaigns cross their goal, including one for the Little Jamaica community, which is being impacted by a light-rail transit line that will soon be passing through the area.

WATCH: A Polaris Music Prize winner hopes converting songs written by his ancestors a century ago will help inspire Indigenous communities for years to come.

2:45
Man’s award-winning mission to save Indigenous language through music

Man’s award-winning mission to save Indigenous language through music – Sep 18, 2018

Pemberton also reflected on the political landscape of the nation a week after polls closed for the snap federal election.

“I also just want to take this time to mention that Justin Trudeau has worn blackface so many times he can’t even remember how many times, and he was just given a third term,” he said in his Polaris acceptance speech.

“And that’s exactly why I need to be making rap records that are political, that are about these subjects because that’s still a fact today.”

The Polaris Music Prize awards the artist or group that created the standout Canadian album of the previous year — irrespective of genre or sales — as chosen by a team of journalists, broadcasters and bloggers.

It is considered one of the country’s most prestigious music awards. Former winners include Backxwash, Haviah Mighty, Jeremy Dutcher and Kaytranada.