BTS to enlist in South Korean military and regroup ‘around 2025’ 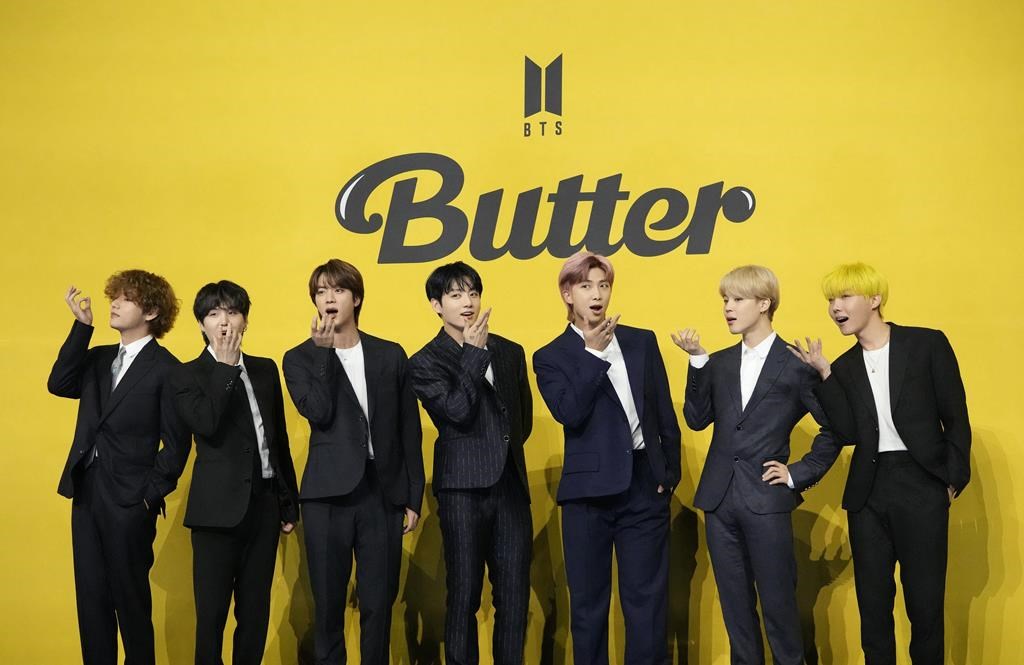 FILE- Members of South Korean K-pop band BTS at a press conference to introduce their new single "Butter" in Seoul, South Korea, May 21, 2021. The band's agency has announced all seven members will fulfil their duty to perform military service in South Korea.

The longstanding debate is over — the seven members of BTS will fulfil their legal duty to perform military service in South Korea.

However, as is mandatory of all able-bodied South Korean men, the members of BTS will each serve almost two years in the military.

“Group member Jin will initiate the process as soon as his schedule for his solo release is concluded at the end of October,” BTS’ management wrote in the statement. “He will then follow the enlistment procedure of the Korean government. Other members of the group plan to carry out their military service based on their own individual plans.”

The two-time Grammy nominated band BTS will regroup “around 2025” when all seven men have finished military service, their management claimed.

In June, the members of BTS announced they would pause their group activities to pursue solo projects.

The break now allows the members to fulfil the South Korean military requirement for all men under 30 to serve between 18 and 21 months. (The members of BTS were all born between 1993 and 1997.)

Refusing military service is a crime in South Korea that carries a possible jail sentence and negative social stigma.

The South Korean government has long since upheld that military service must be mandatory to protect against possible attack from North Korea. The two countries are still technically at war and have been since the 1950s.

There have only been a very select few South Koreans exempted from military service because of their international careers, including pianist Seong-jin Cho and Tottenham footballer Son Heung-min.

“We support and encourage our artists and are beyond proud that they will each now have time to explore their unique interests and do their duty by being of service to the country they call home,” wrote BTS’ agency.

The agency referenced the BTS song Yet To Come (The Most Beautiful Moment), writing that the ballad “is more than a track from their latest album, it is a promise, there’s much more yet to come in the years ahead from BTS.”