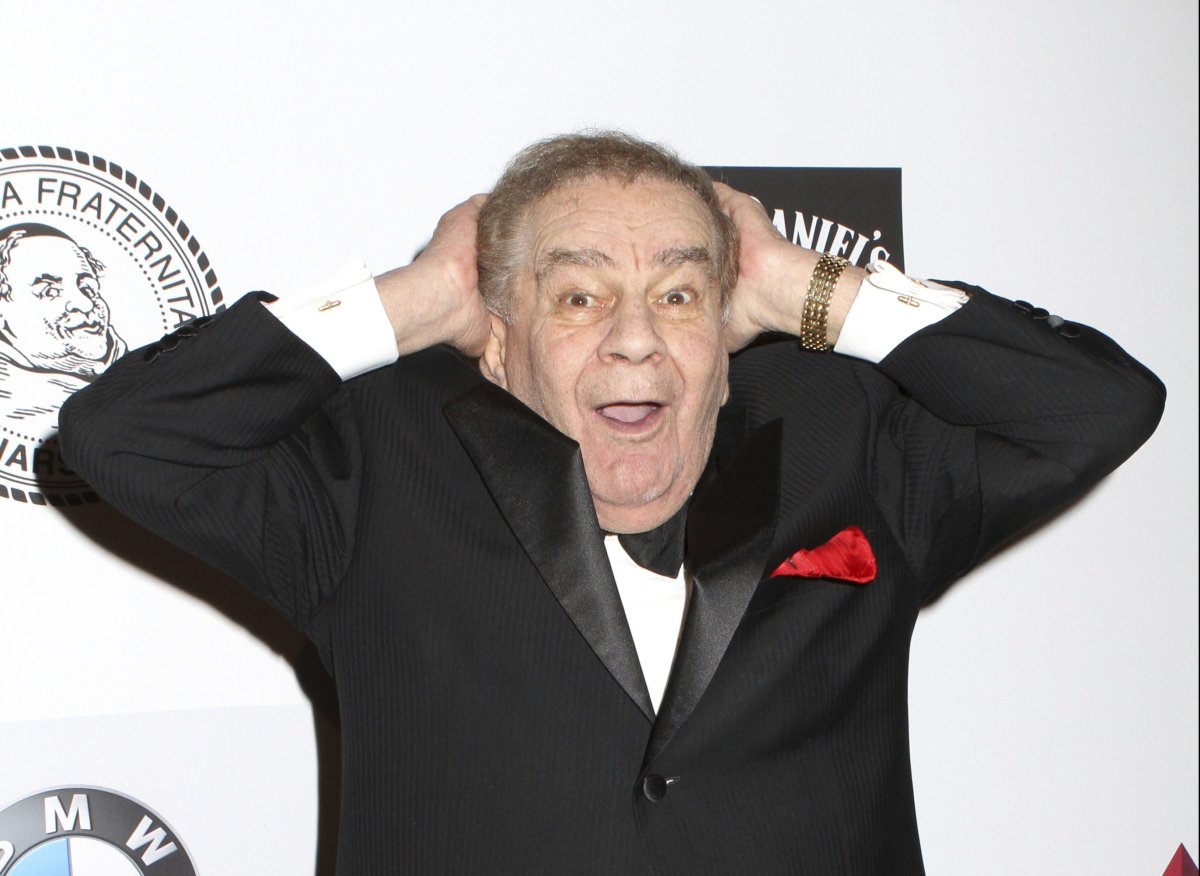 Friars Club Dean Freddie Roman poses for photos at the Friars Club Roast of Don Rickles at the Waldorf Astoria on June 24, 2013 in New York. Roman, the former dean of The Friars Club and a staple of the Borscht Belt comedy scene, has died. He was 85. Roman passed away Saturday afternoon at Bethesda Hospital in Boynton Beach, Florida, his booking agent and friend Alison Chaplin said Sunday, Nov. 27, 2022.

Comedian Freddie Roman, the former dean of The Friars Club and a staple of the Catskills comedy scene, has died. He was 85.

Roman made his name performing at hotels and resorts in the Catskill Mountains, also referred to as the Borscht Belt for the largely Jewish crowd that vacationed there and the comics such as Mel Brooks and Don Rickles who entertained them. He later performed at Caesars Palace in Las Vegas and Bally’s Grand in Atlantic City, and he roasted the likes of Rob Reiner, Chevy Chase, Jerry Stiller and Hugh Hefner. He also conceived of “Catskills on Broadway,” where he and his friends Dick Capri, Marilyn Michaels and Mal Z. Lawrence brought their nostalgia-tinged, Catskills-flavored standup to New York. He also appeared in various television shows and films over the years, including “Red Oaks” on Amazon.

“A great loss to the world of comedy,” Paul Reiser wrote on Twitter. “He was such a huge supporter & mentor when I was starting out. A GREAT comic, the ultimate pro with the biggest heart. I will miss our phone calls and his big, beauty laugh.”

Born Fred Kirschenbaum on May 28, 1937 in Newark, New Jersey, and raised in Jamaica, Queens, Roman got a taste for stand-up comedy early thanks to his family. His uncle and grandfather owned the Crystal Spring Hotel in the Catskills, where Roman started emceeing at age 15.

In “Catskills on Broadway,” Roman commented about everything from his childhood in Queens to his “retirement life” in Florida.

“I took a cholesterol test,” Roman quipped. “My number came back 911.”

The New York Times, in its review of the show in 1991, wrote, “Catskill resorts may be fighting the recession, but Catskill comedy has not lost its flair.”

The show, he’d later say, changed his life. It went to Broadway and then toured around the country, and Roman would continue performing for years to come. He was also made Dean of the New York City Friars Club, where he mentored many aspiring comedians and infused the private club with young talent.

One of those young comedians was Jeffrey Ross, who said of Roman in 2003 that, “When I was becoming a member, there weren’t many of us who were younger. … But Freddie would always come over and spend time with me and my friends and be real lovable.”

Capri, in the same interview, said Roman was the perfect comedy ambassador.

“He’s the social director of the world,” Capri said. “And he loves every second of it.”

The stint lasted a bit longer than he expected. Roman joked of his tenure that, “Eleven years ago I became president for two years. I’m like the Fidel Castro of comedians. I’m president for life.” In 2014, he was succeeded by Larry King.

But, he told Atlantic City Weekly in 2011, the greatest job he ever had was opening for Frank Sinatra, when his regular opening comedian Tom Dreesen wasn’t available. Roman learned about the opportunity on a layover in Chicago, left the plane and boarded another for Philadelphia to make the show in Atlantic City with just a few hours to spare.

He left the stage to see Sinatra laughing. The singer even called him back for another bow.

“Frank hugged me, and I saw my wife and daughter and they were crying,” Roman said. “It was unbelievable. … Nothing ever topped working with Sinatra.”