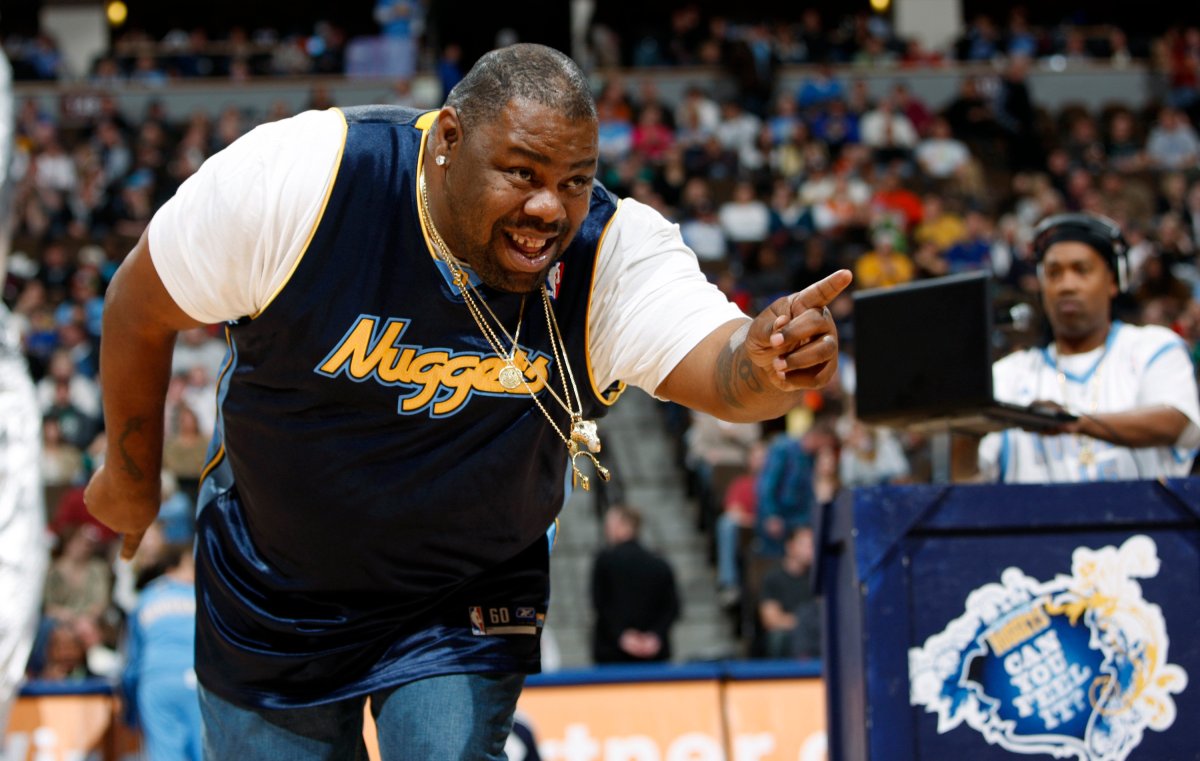 Biz Markie performs for fans during halftime of the Denver Nuggets' 105-99 victory over the Phoenix Suns in an NBA basketball game in Denver on Dec. 12, 2009. The hip-hop staple known for his beatboxing prowess, turntable mastery and the 1989 classic “Just a Friend,” has died. He was 57. Markie’s representative, Jenni Izumi, said in a statement that the rapper-DJ died peacefully Friday, July 16, 2021, with his wife by his side. No cause of death was released. (AP Photo/David Zalubowski).

Biz Markie, a hip-hop staple known for his beatboxing prowess, turntable mastery and the 1989 classic “Just a Friend,” has died. He was 57.

Markie’s representative, Jenni Izumi, said the rapper-DJ died peacefully Friday evening with his wife by his side. The cause of death has not been released.

“We are grateful for the many calls and prayers of support that we have received during this difficult time,” Izumi said in a statement. “Biz created a legacy of artistry that will forever be celebrated by his industry peers and his beloved fans whose lives he was able to touch through music, spanning over 35 years. He leaves behind a wife, many family members and close friends who will miss his vibrant personality, constant jokes and frequent banter.”

Markie, who birth name was Marcel Theo Hall, became known within the rap genre realm as the self-proclaimed “Clown Prince of Hip-Hop” for his lighthearted lyrics and humorous nature. He made music with the Beastie Boys, opened for Chris Rock’s comedy tour and was a sought-after DJ for countless star-studded events.

The New York-native’s music career began in 1985 as a beat boxer of the Juice Crew, a rap collective he helped Big Daddy Kane join. Three years later, he released his debut album “Goin’ Off,” which featured underground hits “Vapors” and “Pickin’ Boogers.”

Markie broke into mainstream music with his platinum-selling song “Just a Friend,” the lead single on his sophomore album “The Biz Never Sleeps.” The friend-zone anthem cracked Rolling Stone’s top 100 pop songs and made VH1’s list of 100 greatest hip-hop songs of all time.

“This one hurts baad … RIP to my Aries bro?” Q-Tip of A Tribe Called Quest said on Twitter, where an outpouring of mourning for Markie was growing, “ahhh man ?BizMarkie damn im gonna miss u so so many memories.”

This one hurts baad … RIP to my Aries bro… ahhh man @BizMarkie damn im gonna miss u so so many memories.. hurts bad. My FRIEND

Questlove said he learned from Markie early in his career.

After two successful albums, Markie was served with a copyright infringement lawsuit for a song on his third studio album “I Need a Haircut” in 1991. He and his label, Warner Bros Records, were sued by Irish singer Gilbert O’Sullivan who claimed that elements from his 1972 hit “Alone Again (Naturally)” were illegally sampled in Markie’s “Alone Again”

The judge ruled to halt further distribution of the album, which was reissued without the illegal track. The judgment also changed the landscape of music sampling by dictating they were preapproved by the original owner.

Despite the setback, Markie released his fourth album “All Samples Cleared!” in 1993 that was an apparent reference to the court battle. He released his final album “Weekend Warrior” a decade later.

Markie kept his name relevant as he consistently booked more than 175 shows a year, according to the rapper’s website. He’s appeared on television shows including “In Living Color,” “Empire” along with “black-ish” and the 2002 movie “Men in Black II,” in which he played an alien parody of himself in the film starring Will Smith and Tommy Lee Jones.

Markie also taught the method of beatboxing in an episode of the children’s show “Yo Gabba Gabba!”

“We lost another Rap legend Mr. Biz Markie,” Parliament-Funkadelic bassist Bootsy Collins tweeted. “To a lot of us he was more than Just a Friend.”

We lost another Rap legend Mr. Biz Markie, an American rapper, singer, DJ, record producer, actor, comedian, and writer. He's best known for his 1989 single "Just a Friend"! To a lot of us he was more than Just a Friend. R.I.P. Prayers going out to the family & friends. Bootsy🤩 pic.twitter.com/URnUMKIQdB