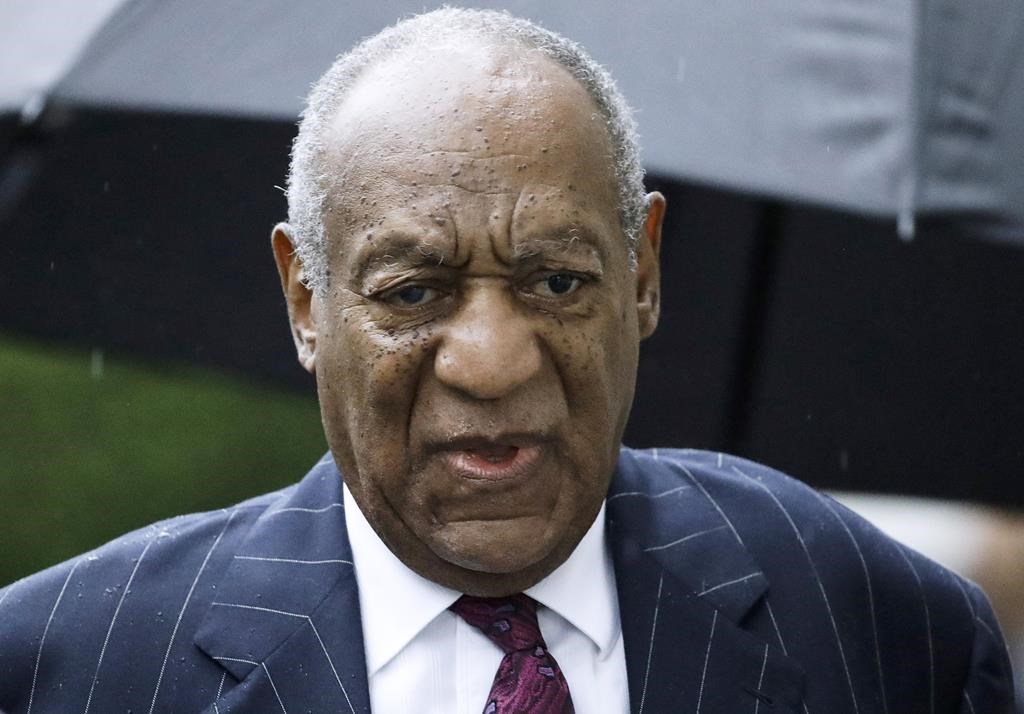 Bill Cosby arrives for a sentencing hearing following his sexual assault conviction at the Montgomery County Courthouse in Norristown Pa., on Sept. 25, 2018.

Two actors who worked on The Cosby Show — Lili Bernard and Eden Tirl — are among the plaintiffs, reports ABC News. The other women listed include Jewel Gittens, Jennifer Thompson and Cindra Ladd.

The lawsuit accuses Cosby of assault, battery, infliction of emotional distress and false imprisonment. The lawsuit also names NBC, the show’s production company and where The Cosby Show was filmed, as well as Universal Media and Kaufman Astoria Studios for their apparent failure to protect the women.

The five plaintiffs say Cosby, 85, took advantage of them several decades ago because they were young and vulnerable.

The lawsuit, filed in Manhattan Supreme Court, said four of the women were allegedly abused in the late ’80s and early ’90s.

“Each plaintiff was sexually assaulted and battered by defendant Bill Cosby in the same or similar manner when he used his power, fame, and prestige, including the power, fame and prestige given to him by (the) defendants … to misuse his enormous power in such a nefarious, horrific way,” the suit states.

Bernard, who played the role of Mrs. Minifield on The Cosby Show, said Cosby drugged and raped her on two occasions in 1990 and 1991.

Tirl, who played a small role as a police officer on the show in 1989, alleges that Cosby inappropriately touched her without consent while in a dressing room.

Two of the other women, Gittens and Ladd, allege that they were drugged and raped by Cosby. Thompson alleges Cosby touched her inappropriately without her consent when she was 18.

Cosby has denied the allegations through a statement from his representatives.

“Mr. Cosby continues to vehemently deny all allegations waged against him and looks forward to defending himself in court.”

1:01
Bill Cosby accuser Sunni Welles reacts to sentencing: ‘You will always be unforgivable’

Cosby has faced dozens of similar accusations in recent years, with more than 50 women coming forward in 2014 and 2015 to say that they had been assaulted by the now-disgraced television star.

His 2018 trial marked the first major trial of the #MeToo movement. He was convicted of the sexual assault of Andrea Constand at the time and was sentenced to three to 10 years in prison. However, he was released in 2021 when the Pennsylvania Supreme Court overturned his conviction, saying his due process rights were violated.

FILE – This June 30, 2021, file photo shows Bill Cosby gesturing outside his home in Elkins Park, Pa., after being released from prison.

Earlier this year, jurors at a civil trial found that Cosby sexually abused a 16-year-old girl at the Playboy Mansion in 1975.

The Los Angeles County jury delivered the verdict in favor of Judy Huth, who is now 64, and awarded her $500,000.