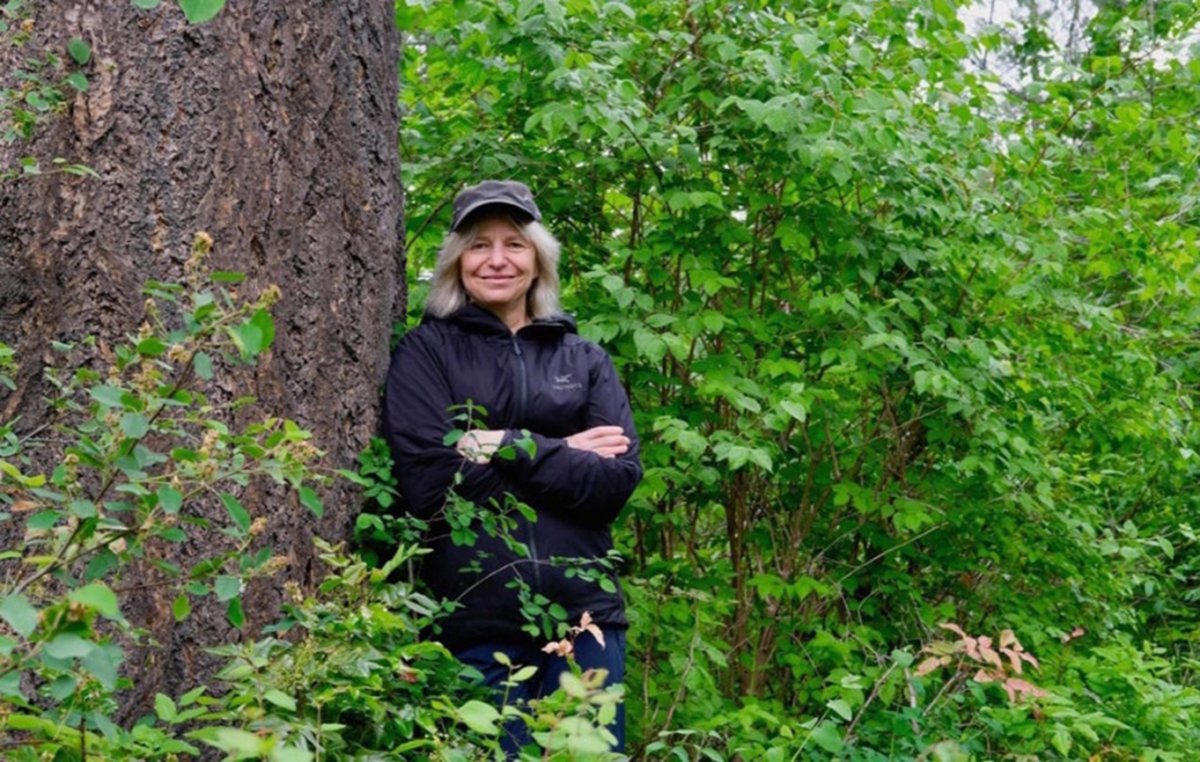 Prof. Suzanne Simard, of the University of British Columbia, poses in this undated handout photo.

A British Columbia forestry professor’s unique research and bestselling book mapping how trees are deeply connected communities has gained the attention of Hollywood.

Prof. Suzanne Simard of the University of B.C. says she’s overwhelmed by the new-found celebrity status, but wants to continue her focus on saving the forests.

Simard said she expects to sign a deal within a few weeks to become an executive producer in a movie about her life and research after production companies backed by actors Jake Gyllenhaal and Amy Adams won the film rights to her book,“Finding The Mother Tree: Discovering the Wisdom of the Forest.”

The movie, book and ongoing research will serve to broaden worldwide knowledge about the sophisticated relationships trees have with the environment and will build public concern about the threats they face, she said.

“I would rather not have my life splattered out on the movies, but I’m interested in helping us all move forward in a more sustainable way,” Simard, 61, said in an interview from Nelson, B.C.

Simard said her book is a personal story of a decades-long journey that starts with her being a new hire at a B.C. Interior forest company in the 1980s, moves to her increasing concerns as a government researcher about clear-cut logging policies and then her determined pursuit as a university ecologist to prove forests are communities and mother trees are their lifeblood.

Read more:
Story of UBC researcher who found how trees ‘talk’ to each other headed to Hollywood

“They’re actually like societies,” Simard said. “They have these deep relationships with each other, the trees do, and with all the other creatures in the forest. It’s like this big interrelated community and there are all kinds of sophisticated ways that they communicate and interact with each other.”

She said her work was often subjected to pushback by others who considered forests to be more competitive than co-operative environments.

But Simard said she was undaunted. Working in Douglas fir forests near Kamloops, B.C., she was able to produce a map showing trees are connected through underground fungal root systems that allow trees to share carbon, water and other nutrients.

Trees are also able to transmit information about potential disease and pest threats to other trees through this network, she said.

“What we found in connecting this map is that pretty much all of the trees were connected together,” said Simard. “They had multiple linkages with each other and what emerged from the map is the biggest, oldest trees were the most highly connected.

“That’s why we started calling it the mother tree, because all this convergence of information led us to realize that these old trees were really essential,” she said. “They’re like the nucleus of the forest in regenerating the forest.”

Simard leads UBC’s Mother Tree Project, established in 2015 to explore how tree connections and communication can influence forest recovery and better understand the impact of climate change on forests.

She said she has been consulting with major B.C. forest companies on initiatives designed to set aside more tracts of old-growth forest in areas slated for harvest to preserve more mother trees and biodiversity.

Her determined pursuit of her research in the face of peer criticism earned praise earlier this year from an unlikely source during an episode of the award-winning television show “Ted Lasso.”

“You know we used to believe that trees competed with each other for light,” said a “Ted Lasso” character during a scene about unheralded work eventually paying off. “Suzanne Simard’s field work challenged that perception, and we now realize that the forest is a socialist community. Trees work in harmony to share the sunlight.”