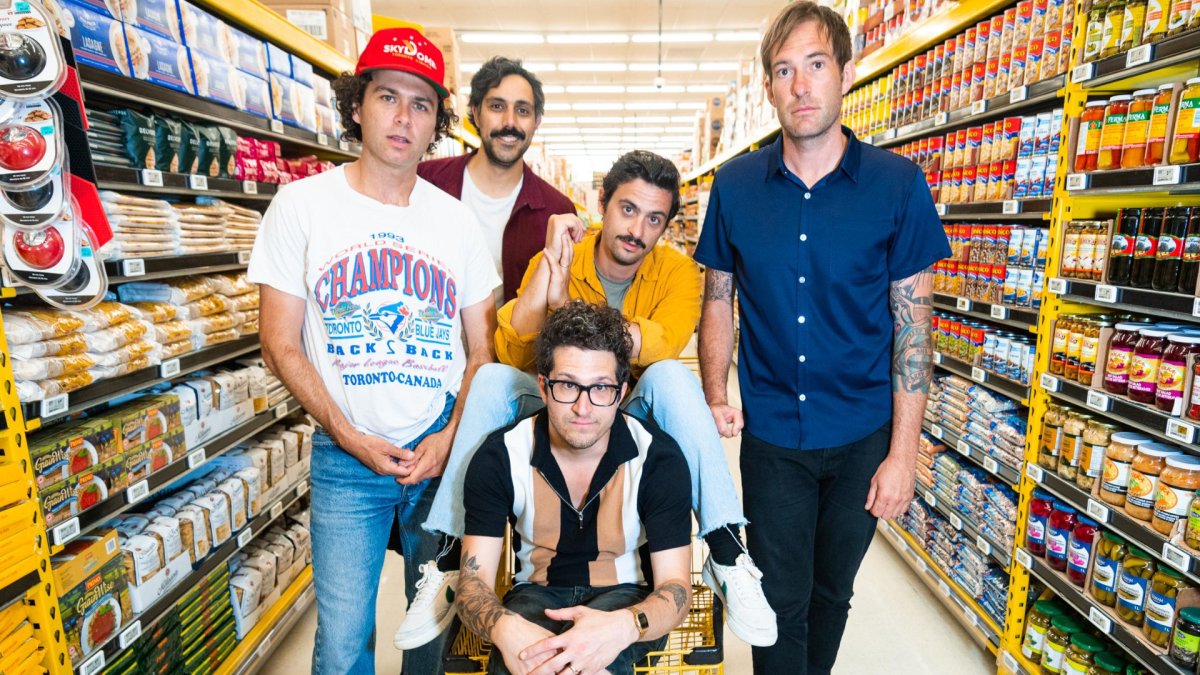 Arkells will begin 2022 on the road for the first time in almost two years. Their tour will support studio album six 'Blink Once' which is out now.

Arkells frontman Max Kerman says he can’t wait to put some tour dates “on the board” as COVID-19 vaccines continue to create safe spaces for the band to reintroduce themselves to a live audience.

“We used to average about 120 shows a year, and the last couple of years we’ve averaged about two. So we’re excited,” Kerman told 900 CHML’s Good Morning Hamilton.

The band’s sixth album, Blink Once, finally came out in late September after being held up by the pandemic. It’s a venture that began with writing sessions throughout 2019 encapsulated through studio recordings that began in the summer of 2019 and stopped by February 2020 with the rise COVID.

“We got about 80 per cent of the record done by February 2020 with the expectation that we’d be kind of wrapping it up and putting it out later in 2020,” Kerman said.

“But of course, the pandemic hit and we wanted to put it on hold for a second because we had these kind of big singalongs that needed an audience.”

Kermin said the decision to put it on hold was made due to a lack of touring amid COVID as the Hamilton band feared the record might “evaporate” without the support of live shows.

With off and on quarantines and lockdowns through 2020, the quintet built Campfire Chords, which began with online video sessions teaching fans to play their songs acoustically and grew to a full-on recording amid demands from fans.

“We were able to do that from home in the safety of our own personal studios. We were sending the sessions around,” Kerman explained.

4:29
Learn guitar with Max Kerman of the Arkells

With that project off the docket and vaccines rolling out at the end of 2020, the band started putting the finishing touches on album number six.

“We’re super happy with that and just grateful we had a chance to put the tour dates on the board so we can go out and play,” said Kerman.

Blink Once is now three singles deep with “You Can Get It” released in late March, “All Roads” in May and Arm in Arm put out on Tuesday.

“We just done the video for it at Billy Bishop Airport in Toronto, and it’s a song kind of about going home and being around your friends and family, you know, especially after you lose somebody and the comfort that music brings” Kerman said.

An investment in your future. Blink Once Tour on sale NOW. The time is now to tag a concert buddy, plan that road trip, because magic happens when you leave the house for Arkells.
Tix at https://t.co/A9qCzthAjA 🇨🇦🇺🇸🇬🇧🇩🇪 pic.twitter.com/Jy4g7uVx3d

So far, 31 dates are in the cards for the Arkells, beginning in mid-January with a trio of shows at The Town Ballroom in Buffalo before heading across Canada from Vancouver to Oshawa in February.

The band was able to relive some pre-pandemic performing with a one-off show at the Budweiser stage mid-August in Toronto. It was the first show for Kerman and company after being idle from big venue gigs for 16 months.

“You know, we kind of had to start from scratch,” Kerman said.

“We really had to sort of be able to remember all the things that we were good at and what were the moments that we think are important to highlight within the set.”

The marquee event on the forthcoming tour will be a bit of deja vu on June 25 when they’ll finally do the twice-postponed summer hometown headline show “The Rally” at Tim Horton’s Field.