Are you a truly experienced music fan? Take this test to find out. 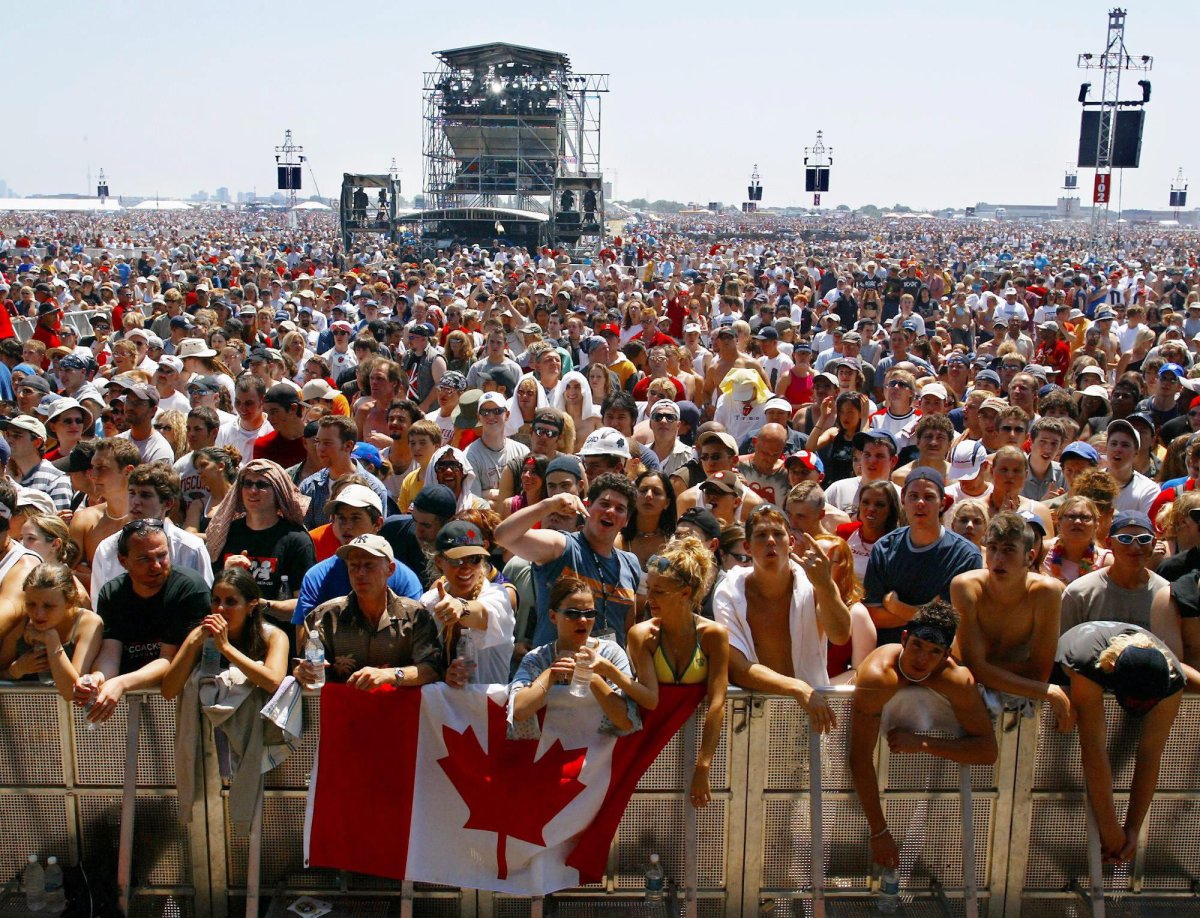 The crowd is seen prior to the start of the Concert for SARS Relief at Downsview Park in Toronto Wednesday July 30, 2003. The Rolling Stones along with more than 15 other acts are expected to draw more than 450,000 people . (CP PHOTO/Kevin Frayer).

I’m going to tread lightly with this column, hoping to avoid any negative trappings of ageism or inter-generational bashing. But the fact is we evolve as music fans throughout our lives. The more we listen, collect, and observe, the more knowledgeable we become.

At the same time, we develop preferences, biases, prejudices, and all manner of psychic baggage when it comes to music. And at some inevitable point, we mutter to ourselves that today’s music is nowhere near as good as it was when we were younger.

Every generation believes that the music of their youth was the greatest music of all time. You may not be down with the kids anymore and that noise they call music, but your elders thought the same of your music back in the day. And it was the same for your parents, too. Nothing to be ashamed of here. It’s the cycle of life.

Actually, the kind of musical knowledge and expertise that only comes with age should be celebrated and cherished. When you start thinking about how music has entered (and occasionally exited) your life, you begin to realize that it’s been a long, strange, wonderful journey, filled with magnificent memories.

This test will help determine just how experienced a music fan you are. Give yourself a point for each “yes” answer. And don’t forget to tally up the bonus points. (Apologies to Jeff Foxworthy and “You may be a redneck if…” routines.)

Read more:
We’re starting to run out of viable band names. Here’s why.

3:07
A & B Sound applies for bankruptcy protection

You could total up all those points if you wanted to, but if you answered “yes” to at least half of those statements, congratulations on all your experience. You may now lord it over a younger generation if you wish, but they’ll just look at you and ask “What are you talking about?”

Got any other things that define experience? Leave ’em in the comments. And feel free to share this list with all the other experienced music fans you know.

‘Adele One Night Only’ primetime special coming to Global

Eli Roth on his paranormal show ‘A Ghost Ruined My Life’: ‘You’ve never seen something quite like this’