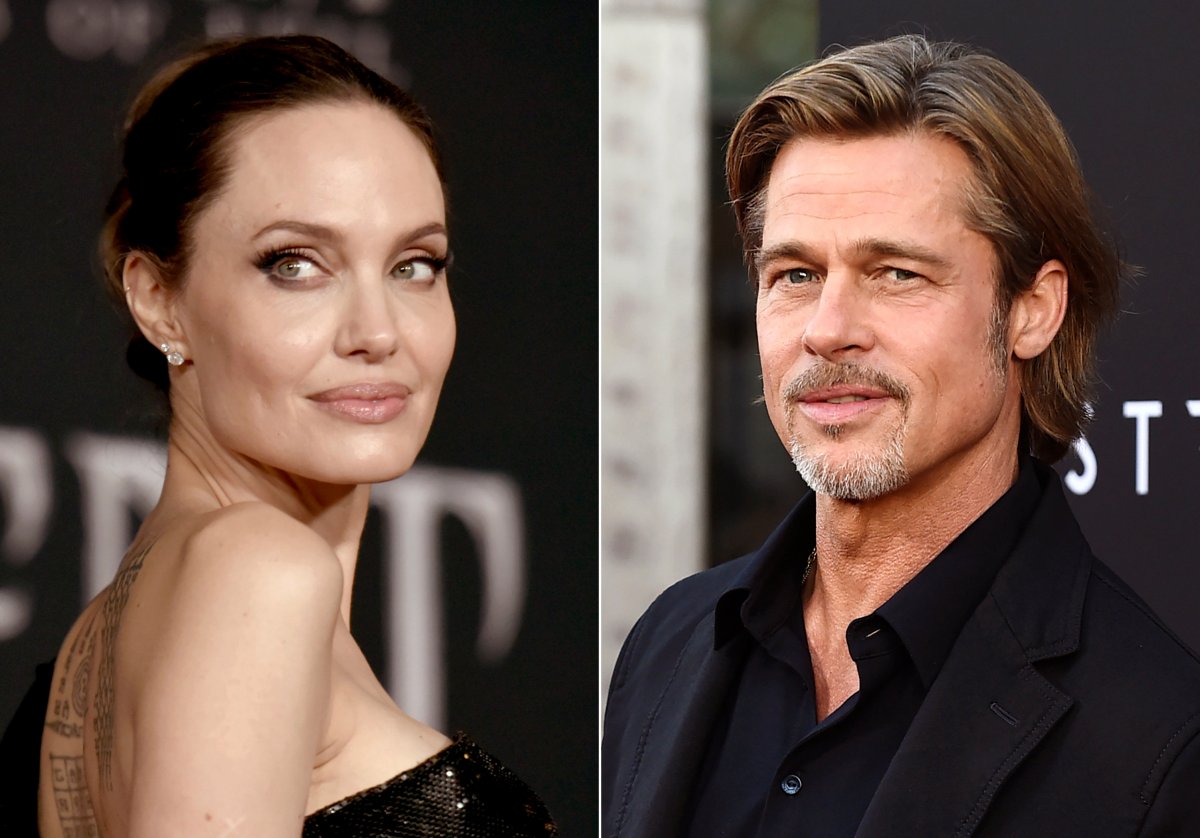 This combination photo shows Angelina Jolie on Sept. 30, 2019, and Brad Pitt on Sept. 18, 2019. Jolie has accused Pitt of physical and emotional abuse toward her and their six children onboard a private plane in 2016.

Angelina Jolie has accused ex-husband Brad Pitt of abusive behaviour toward her and their six children onboard a private plane in 2016 — behaviour she claimed led to the dissolution of their marriage.

The New York Times, who obtained the countersuit put forward by Jolie, reported that she filed the claim in response to an ongoing legal battle initiated by Pitt over a winery the ex-spouses once co-owned. (Global News has not independently viewed the court documents.)

Pitt accused Jolie of violating his “contractual rights” when she sold her half of the French winery Château Miraval to a subsidiary of Stoli Group without his consent.

In her counterclaim, Jolie alleged discussions over the sale of her share of the winery deteriorated when Pitt insisted she sign “a nondisclosure agreement that would have contractually prohibited her from speaking outside of court about Pitt’s physical and emotional abuse of her and their children.”

As of this writing, Pitt has not commented publicly on the allegations made by Jolie.

The New York Times reported that Jolie’s legal filing accused Pitt of physical and verbal abuse that allegedly took place during the 2016 flight. During the flight from France to California, Jolie claimed Pitt “choked one of the children and struck another in the face” and “grabbed Jolie by the head and shook her.”

She also alleged that Pitt poured beer on her, and also poured beer and red wine onto their children.

In 2017, Pitt told GQ he was recently sober and had struggled with alcohol. In the countersuit, Jolie claimed she wanted to sell her half of the winery because she was uncomfortable participating in an alcohol-related business with Pitt.

The FBI investigated the alleged plane incident in 2016, but did not bring forward any charges against Pitt. In August, Jolie filed a Freedom of Information Act (FOIA) lawsuit against the FBI, asking for the public release of the federal report.

The anonymous filing claimed that the “husband allegedly physically and verbally assaulted plaintiff and the children, who have ‘experienced lasting physical and mental trauma as a result of the assault.’”

The fight reportedly began after Pitt accused Jolie of being “too deferential” toward their children.

In the countersuit, Jolie alleged she and Pitt argued in a bathroom where he also pushed her into a wall and “punched the ceiling of the plane numerous times, prompting Jolie to leave the bathroom.”

When one of the children came to Jolie’s aid, she alleged Pitt tried to lunge at the child. She claimed she then grabbed him from behind. As a result, Jolie and her legal team wrote in the countersuit, Pitt “choked one of the children and struck another in the face.”

A redacted FBI report on the case claimed, “It was agreed by all parties that criminal charges in this case would not be pursued due to several factors,” the New York Times reported. In the report, Jolie is mentioned as being “conflicted on whether or not to be supportive of charges.”

Lawyers representing Jolie for her countersuit claim the actor has “gone to great lengths to try to shield their children from reliving the pain” inflicted by Pitt onboard the private plane.

Brad Pitt opens up about having face blindness: ‘No one believes me!’

The legal filing continues, writing, “But when Pitt filed this lawsuit seeking to reassert control over Jolie’s financial life and compel her to rejoin her ex-husband as a frozen-out business partner, Pitt forced Jolie to publicly defend herself on these issues for the first time.”