All but 50 cars sold in bittersweet ‘Rust Valley Restorers’ auction 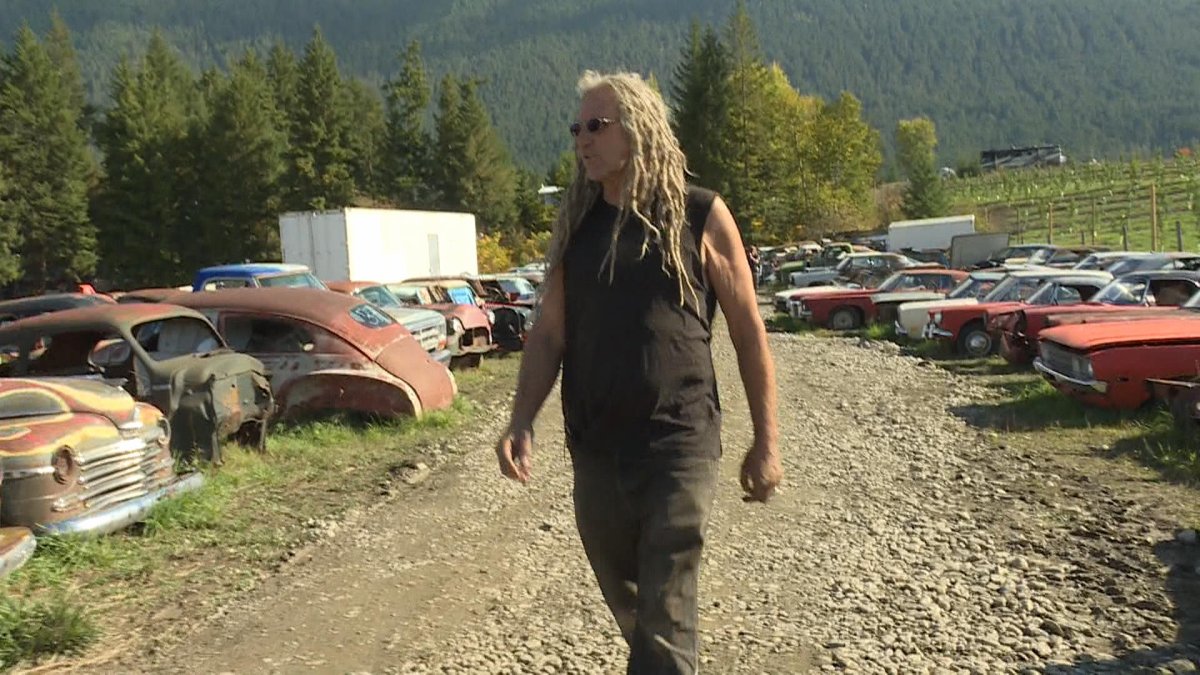 On Saturday, the bidding beganon Mike Hall’s collection of 500-plus vehicles – except for 52 of them.

Mike Hall is passing on the torch — the blowtorch, that is.

The gearhead behind the popular TV show Rust Valley Restorers held a successful and “bittersweet”  auction this weekend that emptied out his famed “field of dreams” in Tappen, B.C.

That’s where more than 550 of his classic cars in various states of disrepair have been parked for decades, awaiting restoration to their former glory — a process that famously plays out on the show.

By the time the weekend came to an end, all but 50 had been sold to the highest bidder.

“I kept as much as I could,” Hall said, noting that some of the cars he’s had for as long as 40 years, while others have too much potential to part with.

The rest, however, will be towed out of sight before the snow flies.

“The whole day was a blur,” he said. “Some stuff went for way more than I thought it would and some for way less.”

The cars are going to be shipped far and wide. One is going to New York State, one is lined up for Michigan and just about every Canadian province will get a piece of his beloved collection.

Parting with all these machines was far from a dream day for Hall, who was choked up leading up to the auction, though he’s feeling better now.

“As long as the stuff goes to a good home, why shouldn’t I do it,” he said.

“I’ve been the caretaker of some of this stuff for 30 to 40 years, but when somebody was interested in something, I’d say, ‘If you guys do something with it send me a picture, let me know what happens to them.’”

He suspects a number of pieces from his car collection will get a lot of love. A couple of young guys from Manitoba stood out to him as a pair that will likely bring new life to one of his old machines.

In the end, the sale made a lot of people happy, even within the Hall household.

“My kid was happy to see them go. Just because it’s my dream doesn’t mean it’s their dream,” he said.

“The fact there were young people and families with kids buying them… that feels good.”

The episode of Rust Valley Restorers featuring the auction has yet to be scheduled, but Hall said he thinks it will play in January.

It will be on Corus, as well as the History network and Amazon.