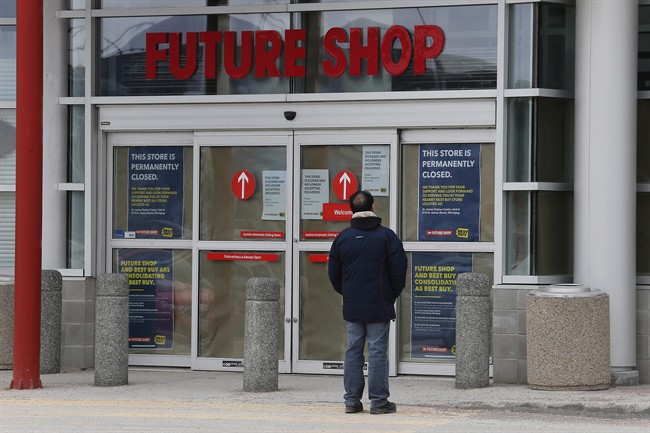 If you’re of a certain age, you probably went through a phase when you spent an unholy amount of money on stereo equipment. Yes, we wanted it loud, but we also wanted accuracy and clarity. Everyone was an audiophile, be it for the stereo system in the bedroom or in the car.

This time of year always reminds me of those days.

When I was growing up, Christmas break was reserved for a family trip to the Holiday Inn in Fargo, a couple of hours south of Winnipeg. Several afternoons were set aside for shopping at the nearby West Acres Mall with its dozens of American stores featuring goods so coveted by Canadians.

While mom went shopping for clothes and white goods, I’d spend hours at the Team Electronics store, looking at the hi-fi gear of my dreams, all of which was featured in their awesome glossy catalogue.

Back home, when teachers had one of their professional development days, a group of friends and I would hitch a ride into the city where we’d spend a big chunk of the day touring as many stereo stores as we could. We’d pose as customers looking for new gear (especially speakers) and ask the salespeople to demonstrate the equipment using our favourite albums. Not only was it an education in consumer electronics, but it was also super-cheap entertainment.

Team Electronics is long-gone now, first morphing into a computer retailer called FirstTech before closing entirely in 2012. So are many of the local stereo shops I used to frequent. Some were single location independents like Ron’s Stereo and TV…

… while others had a wider footprint. I bought my first stereo gear (a 12-watt Sansui receiver, an Akai turntable, and some no-name speakers) at one of Krazy Kelly’s locations.

When I arrived at 102.1/The Edge in Toronto in 1986, the station had a long, long list of audio retailers running commercials. Almost every weekend featured a remote from some store location, offering deals on audio gear for home and auto. The brand-new compact disc required speakers up to the task of reproducing that crystal clear digital sound. No one kept the factory radio that came with their car. And there were always better speakers than the ones you had.

Things have changed drastically. Money that would have once gone to a pair of sweet Altec-Lansings is now earmarked for a PS5 or a new smartphone. Smaller shops focus on flat-screen TVs for home theatres.

Many mid-sized domestic chains have been squeezed out of business by American big box stores, which have taken to consuming each other. And the independent retailers that remain are constantly adjusting their product lines to attract customers and maintain margins.

Here are some electronics retailers that have disappeared from the Canadian landscape.

With outlets in Alberta and Ontario, Hi-Fi Express had visions of being a truly national chain but fell victim to the competition. After a round of vicious price-cutting, the company went out of business in 1983.

The franchised Ontario big-box retailer was close to what we see with Best Buy today, but was dedicated solely to audio and video, eschewing products like appliances. Remember the big lion’s head logo? They did well through the 80s and at one point became a publicly-traded company. But by the 90s, the chain found itself under assault from competitors like Future Shop and 2001 Audio Video and closed down. And speaking of which…

Founded in Vancouver in 1982 by an Iranian entrepreneur named Hassan Khosrowshani, Future Shop was the country’s largest retailer of consumer electronics and computers just eight years later. The company went public on the TSE in 1993 and two years later, they reported sales of more than $1 billion. There were some rough times after a management change in 1997 and an ill-fated foray into the United States, but Future Shop bounced back, operating 83 outlets and five Computer City stores.

Margins on consumer computer equipment made the Computer Stores unprofitable, so they closed in 2001. There was an attempt to buy Chapters, but that fell through and a month later, the chain was sold to Best Buy for $580 million. The two brands operated side-by-side until 2013 when Best Buy started closing Future Shop stores and converting others to Best Buy locations. By the end of 2015, Future Shop was just a memory.

Established in Richmond, B.C., in 1959, A&B became a powerhouse across Western Canada, reaching from Victoria to Winnipeg. Not only did they sell electronics gear, but they built a reputation as a chain with some of the lowest CD prices anywhere.

A&B was so aggressive with that pricing that for a time, Vancouver had the lowest CD prices anywhere in the country, something that even scared off America’s Tower Records who had been thinking of setting up in the city. But by the 2000s, the market for CDs collapsed. A price-cutting strategy on home electronics against the newly merged Best Buy/Future Shop proved to be fatal to the bottom line, forcing A&B to file for bankruptcy. The final store closed in Abbotsford in late 2008.

Read more:
Alan Cross: Musicians get creative with merchandise in the age of COVID-19

This requires some explanation. For decades, Radio Shack was the place you went for everything from raw electronic parts to massive Mach One speakers with their 15-inch woofers. If you were on a budget, their in-house brands, Realistic and Optimus, usually offered decent quality for a low price. Any kids into electronics couldn’t wait for the fat printed catalogues that listed individual resistors to the wondrous TRS-80 personal computers.

At one point, there were nearly 900 Radio Shack stores in Canada and about 10,000 worldwide. But when the operator InterTAN (a spin-off of parent company Texas-based Tandy Electronics) ran into financial difficulty, the rights to the name “Radio Shack” were sold to Circuit City, another soon-to-be-doomed big-box electronics retailer.

Circuit City ran the Canadian chain as Radio Shack until 2010. A legal fight resulted in the stores being branded as The Source by Circuit City. Just before Circuit City went under, the chain was sold to Bell Canada, which operates the 400-ish stores as “The Source” today to sell a variety of house brands (Nexxtech, anyone) as well as Bell mobile phone services.

Long before Apple got into the game of operating its own stores, Sony was doing the same thing. Figuring that they had a big enough product line (audio, video, headphones, PlayStations, mobile phones) to fill entire stores, Sony did well for a while. But after years of losing market share to competitors such as Samsung and LG and declining profits, Sony decided to close its 14 remaining outlets in early 2015. The announcement was made the same day Target said they were shuttering all 133 Canadian locations.

Trick question, this. The company began in 1971 as a record shop on Dovercourt Avenue in Toronto. Expansion through the 70s resulted in a name change to 2001 Stereo and Video Centre. A pivot out of selling records in 1984 saw the company become 2001 Audio Video. They’re doing just fine today.

4:56
Black Friday deals for the tech lover in your family

Weinstein Co. to pay out $17M for sexual abuse claims as part of liquidation