Alan Cross: Reflecting on 40 years in the radio business 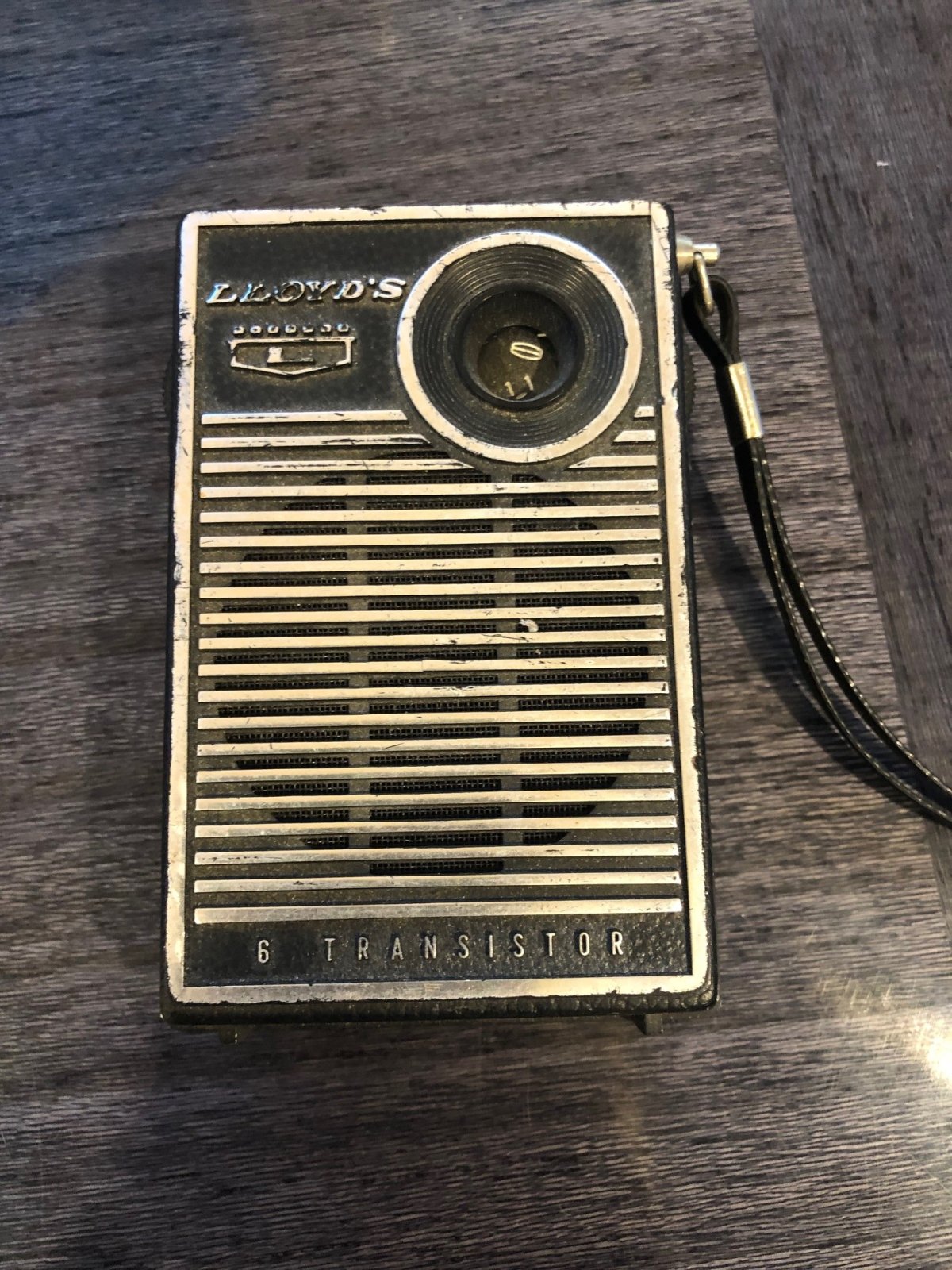 Alan Cross was gifted a a Lloyds transistor radio from his grandmother for his sixth birthday. The rest is history.

This is a story that begins shortly after 9 a.m. on Saturday, April 6, 1968. It was my sixth birthday, a big deal according to my parents because that meant I would start Grade One in the fall. Among the presents I got, I only remember one: a Lloyds transistor radio from my grandmother. I hadn’t asked for a radio nor had my parents told Grandma to get me one. Yet there it was, complete with a 9-volt battery and single ear earplug.

Up until then, the only radio I knew was what Mom and Dad listened to in the car or what blared from the radio in the kitchen. To my astonishment, there were other radio stations, many broadcasting music 24 hours a day. I soon learned the call letters and dial positions of not just all the stations in nearby Winnipeg but also those from far away. At night, when the ionosphere cooled and thickened, it acted as a giant mirror for AM radio signals and I was soon using my little Lloyds to listen to broadcasts from Minneapolis, Denver, Chicago, Louisville and Cincinnati. Sometimes, frenetic Spanish could be heard, probably from some 250,000-watt border-blaster station in northern Mexico.

I started pestering my father to take me to some of the stations in Winnipeg so I could see radio being made for myself. And if we were driving around and heard that a station was broadcasting remotely at, say, a furniture store, I’d beg my parents to stop at the store so I could watch as the DJ bloviated about a great deal on bedroom suites.

By the time I got to high school, I had a pretty good idea that I wanted to work in radio. I saw myself becoming a capital-J Journalist, a dogged reporter, news anchor and foreign correspondent. As much as I loved their schtick, I was certainly not going to end up as one of those long-haired, fast-talking, dope-smokin’ DJs on the music stations.

My first taste of sitting behind a microphone came in 1980 in my first year at the University of Winnipeg. Back then, CKUW was a minuscule closed-circuit operation, broadcasting to one hallway and one cafeteria. My shift was 8:30 to 9:30 a.m. on Friday mornings, which guaranteed a listenership of pretty much zero. And since there was no newsroom, all I did was play records and occasionally work up the courage to talk about a song. Hey, it was a start.

More important was my part-time job at a grocery store. I learned through the local paper that a brand new FM radio station was going to open about 20 km away in Selkirk. What’s more, the owner of the station was from my little town and made a stop for milk every Friday afternoon at around 5:15 p.m., just as I was filling the dairy case. Target acquired.

Read more:
Alan Cross: The history of the big fade-out

I launched a full-on assault, begging for him to hire me. After many weeks, I got a letter inviting all staff to a pre-sign-on meeting. I’d been hired!

And so it came to pass that I made my commercial radio debut at 3:04:20 p.m. on Nov. 13, 1981. The first thing I did was read some sports scores and a weather report following the Broadcast News report that was piped in from Toronto. I was a professional radio announcer!

Frankly, it wasn’t much. CFQX-FM was then a 5,000-watt family-owned enterprise in the middle of a wheat field that played elevator music. By the terms of its license, every vocal composition had to be counterbalanced by two instrumental selections. And because the announcers got to choose their own music, the sound of the station was extremely uneven. Few local merchants cared to buy commercial time and if national brands knew we existed, they didn’t care. No wonder it eventually went bankrupt. (CFQX-FM still exists but, under new ownership, flipped to country in 1986 and moved from 92.9 MHz to 104.1 MHz the following year. It’s now doing very well broadcasting from downtown Winnipeg.)

Things were extremely analogue back then. Vinyl records, reel-to-reel tapes, commercials on carts (an industrial version of the 8-track). When I was asked to fill in for an evening shift, I had to shut down the transmitter at 12:05 a.m. after one last newscast and the playing of God Save the Queen. It would be the morning man’s job to switch it on again at around 5:57 a.m. and then time out a recording of O Canada so it ended just as the Broadcast News report started precisely at 6:00:00 a.m.

Read more:
Alan Cross has an open letter for musicians who send him their music demos

I remained at CFQX-FM through the rest of my time at the U of W, moving to CJRL-AM in Kenora, Ont., starting on July 18, 1983. The general manager made me a promise: the news guy was going to quit any second. Once he was out, I could take his place. Until then, though, I had to play records and talk about them.

The word came down just before Labour Day. The old newsman was finished. The job was mine. And lo, I achieved my dream of being a professional newsperson at 6 a.m. on Tuesday, Sept. 6, 1983, at the age of 21.

I wasn’t just a newsman. I was the entire newsroom. That meant all the newsgathering, reporting and reading had to be done by me. First, newscast at 6 a.m. Top-of-the-hour newscasts until 1 p.m. Home for a nap, then out in the evening to cover town council, a union meeting for the workers at the Boise-Cascade paper mill, or some men’s fastball league game. In bed by 11. Rinse and repeat five days a week.

On day 20, I got a phone call from the program director at an oddly progressive rock station called KX-96 in Brandon, Man. I’d unsuccessfully applied for a job back in the spring and had forgotten about that particular rejection. But now he was on the phone offering me full-time work for the princely sum of $845 a month, a big step up from the $825 I was getting in Kenora.

I left town so fast and with so little notice that my landlord sent the sheriff after me for non-payment of rent.

My first day of work at KX-96 was October 9, 1983. The ten months I spent there were some of the greatest of my life. I’ll never forget the people I met. I’m still in touch with some of them.

From there, I moved to Q-94FM in Winnipeg for two years, first as the all-night guy (brutal) and eventually rising to music director. Then, after a disagreement over music policy with my program director, I started looking for a new gig. By sheer happenstance, I ran across an ad in RPM Magazine, once the bible of the Canadian radio and records industry. A station in Brampton, Ont., called CFNY-FM was looking for a nighttime person.

When I read the ad, I was in the process of applying for work at K-97 in Edmonton and CFOX in Vancouver. I had one more blank cassette for my demo tape and just enough postage — 76 cents — to send things off. I never heard from Edmonton or Vancouver, but I was hired by CFNY five days later.

Packing up everything into my old Honda Prelude, I made the trek to Brampton, arriving at the station at exactly 12 noon on Oct. 3, 1986. The station was playing in reception with a reporter covering news of the groundbreaking for what would become the Skydome. As the first shovel hit the earth, I became a CFNY employee.

And I’m still here. Outside of a three-year hiatus when the station and I saw other people (Long story; buy me a drink sometime and I’ll tell you about it), I’ve been associated with CFNY/102.1 the Edge in some fashion ever since that October day in 1986. If I’m honest, I thought I’d stick around for three or four years before jumping to another station — maybe for big bucks in the U.S. or something. Instead, I’ve spent more than half my life with one broadcast outlet, something that rarely happens today.

I still love radio, too, even after all the changes and evolution. LPs gave way to CDs and CDs were jettisoned for hard drive playback units. Carts? Gone. Reel-to-reel tape? Are you kidding me? I’ve survived bad ratings, multiple changes in ownership, studio moves, a parade of new bosses, weirdo consultants, changes in my work schedule (and thus my lifestyle), the introduction of satellite radio, the rise of streaming and a myriad of other things.

And for those who think that radio is dead, you’re wrong. It’s still extremely popular, powerful and profitable. About 90 per cent of the population tunes into radio every week. What would we do without radio in the car? And if you’re an artist, the best way to spread the word about your new song is to have it played on the radio.

It is tricky, though. Radio has to evolve with the times in this digital world, which is akin to changing the wings on an airplane while flying at 38,000 feet. The first big step was building a station website in the late 90s and creating a stream so that people can listen through their computers. Next came the addition of on-demand audio and video through these websites. (Radio with pictures! Who would have guessed?)

Now we’re deep into podcasts, the best form of on-demand audio entertainment we’ve seen so far. Rather than fight streaming, we’re finding ways to adapt and co-opt that technology. We’re defending our space in your car’s dashboard and offering things like the RadioPlayer Canada app. We’re very, very deep into social media, too. And some very smart people are investigating other ways in which radio can serve its audiences.

I can’t believe that I’ve now been doing this for 40 years. It’s been a great ride and there’s (thankfully) no sign that it will end anytime soon. That’s good because I don’t know how to do anything else. And I don’t want to.