Alan Cross: How do we solve a problem like Mariah? 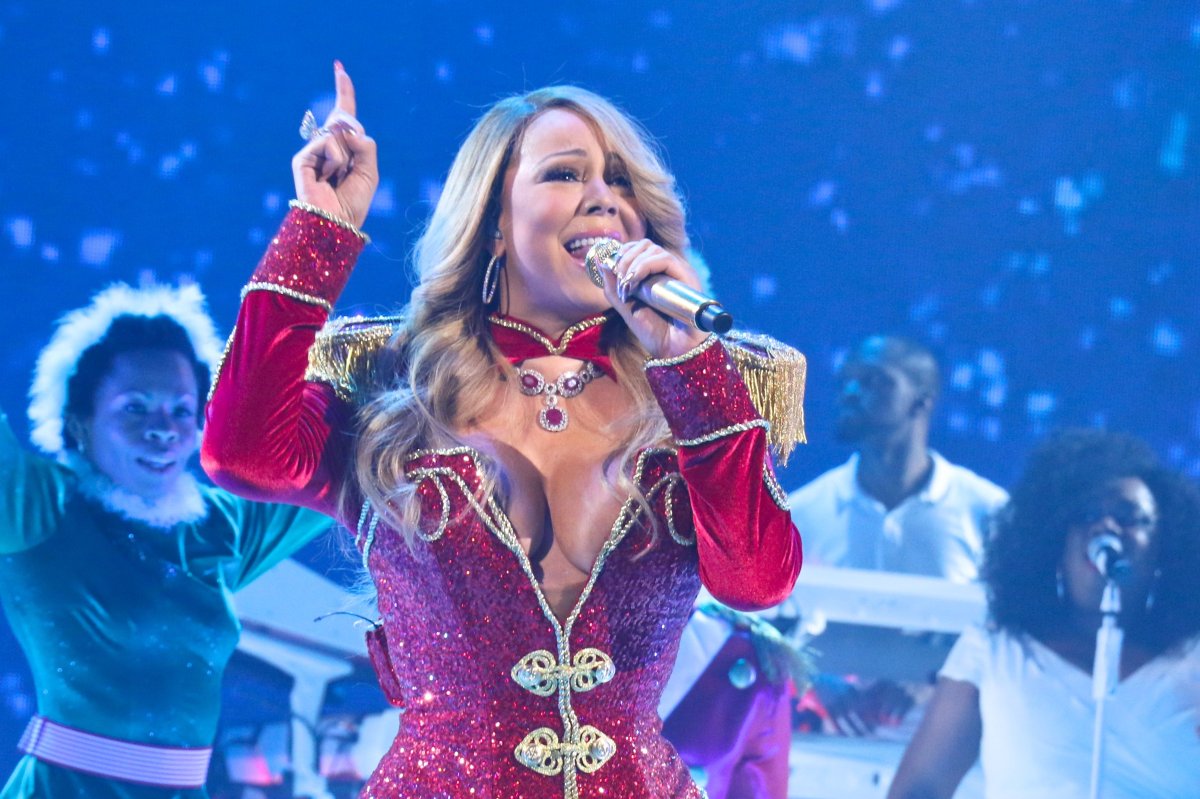 Mariah Carey is everywhere at this time of year. You can’t leave the house without being exposed to her ultra-perky 1994 Christmas hit, All I Want for Christmas is You. You can’t escape it. My God, she’s even telling people on the London Underground that all she wants for Christmas is for them to stand back from the yellow line.

And if it feels the walls are closing in, you’re not imagining things because Mariah Creep (something almost as insidious as being able to get a pumpkin spice latte before Labour Day) has been evident in the last decade. With radio stations flipping to an all-Christmas music format earlier and earlier — this year’s first-mover was a station in Ohio that started with holiday music 24/7 on Oct.  1 — the song is showing up in our ears even before Canadian Thanksgiving.

Radio host Alan Cross on the inspiration behind his children's book, 'The Science of Song’

And that doesn’t count all the cover versions Ariana Grande, CeeLo Green, My Chemical Romance (yes, there’s an emo version), Mumford & Sons, and scores of others.

It’s estimated that this one song has earned no less than US$60 million between 1994 and 2016. And in the last five years, the song has become a monster on platforms like Spotify, streaming millions of times. A quick bit of extrapolation indicates that AIWfCiY will be streamed 71 million times in 2021 — and that’s just in the United States.

There’s more data. Digital Music News did some quick calculations for this year.

Add that up and you have US$16,210,000. Wow. That’s just for 2021. And that’s just for America. Canada, the U.K., and a dozen other countries are also under the spell of this song. No wonder cases of diabetes are on the rise. You just can’t have this much sugary sweet stuff and survive. Woe to the person who hears a mix of AIWfCiY followed by Paul McCartney’s Wonderful Christmastime. You’d be able to make candy canes from your blood sugar.

Therefore, as a public service, I offer some holiday songs to act as Naloxone and Narcan to AIWfCiY overdoses. There’s so, so much more to this time of year than Mariah Carey — although, as you’ll see, she’s extremely hard to avoid.

If you’ve ever dreamed of finding a new guitar under the tree, Hawksley understands. Take out the handbells, the jingle-bell-ish rhythm track, and references to Santa, this would be a great song for any time of the year.

The Florida power-pop band released an entire album of festive songs. Try to ignore the reference to Mariah Carey in the chorus.

Here’s something you probably won’t hear in church this December. Then again, who doesn’t like a little Black Sabbath with their Christmas cheer?

4. The Police, Don’t Stand So Close to Me (Xmas Edition)

Okay, so this wasn’t written as a Christmas song. But while the Police were working in Quebec on the Zenyatta Mondatta album in 1980 (remember the old Le Studio complex?) they took some time to head the slopes in Grey Rock for a little snowmobiling and Santa skiing. The video was lost in the archives for 41 years before being unearthed just a few weeks ago.

5. Robert Fripp and Toyah Willcox, The 12 Days of Christmas

For over a year now, King Crimson guitarist Robert Fripp and his wife, Toyah Willcox (who has her own singing career), have been posting performances from their kitchen every Sunday. The latest editions of their Sunday Lunch gigs have included Christmas songs like this.

The Pocket Gods are a quirky British indie band who specializes in writing and recording songs that are all a shade over 30 seconds long. Their thinking is that if Spotify only pays once a song runs for 30 seconds, why bother writing anything longer? They’ve set that aside for this track which runs for 100 hours. YouTube has all the sections if you wish to achieve the full effect. There are more than 30 of them. Fill yer boots.

Back in high school and university, I worked in a grocery store where the Christmas music was the same 15-song, 8-track tape played over and over and over and over again. To this day, Burl Ives’ Holly Jolly Christmas causes the red mist to descend before my eyes and I later wake up with no knowledge of what horrors I’d committed. I wish we’d had something like this back then.

8. Until I Wake, All I Want for Christmas is You

This Buffalo band obviously felt that if you can’t defeat Mariah, join her. At least it rocks.

My Chemical Romance, All I Want for Christmas is You

When you listen closely to the lyrics of AIWfCiY, it’s a sad song full of longing. And isn’t that the very definition of emo? It starts slow, but wait for it. Wait…wait..

Is this the best Christmas song of the year? I vote yes.