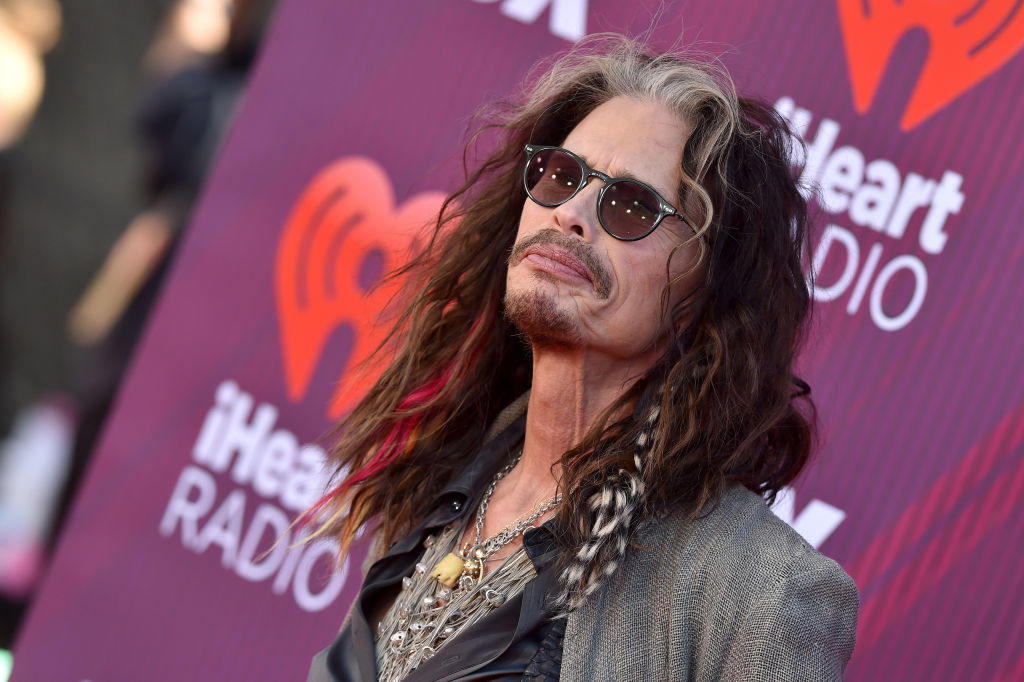 File – Steven Tyler arrives at the 2019 iHeartRadio Music Awards which broadcasted live on FOX at Microsoft Theater on March 14, 2019 in Los Angeles, California.

Aerosmith frontman Steven Tyler has been accused of sexual assault, sexual battery and intentional infliction of emotional distress in a minor in a new lawsuit filed by Julia Holcomb — who says she was 16 years old when Tyler first targeted her in 1973.

The lawsuit, which was filed under a 2019 California law that temporarily waives the statute of limitations for childhood sexual assault, claims that Tyler used his position as a rich, famous rock star to manipulate her into having a sexual relationship with him when she was underage.

While the lawsuit does not directly identify Tyler by name, instead referring to Doe 1 and Does 2 through 50, Holcomb has spoken publicly about her allegations against Tyler — and some of the details in the suit were taken from the rock star’s own memoir.

Holcomb alleges that she met Tyler during an Aerosmith concert in Portland, Ore., just after her 16th birthday. Tyler, now 74, would have been 25 at the time.

According to the suit, which was obtained by Rolling Stone, Tyler brought Holcomb back to his hotel room and they discussed her age, as well as her troubled home life. Tyler then allegedly “performed various acts of criminal sexual conduct upon” her before sending her home the next morning.

Holcomb says she was “powerless to resist” Tyler because of his “power, fame and substantial financial ability.” The lawsuit reads that Tyler “coerced and persuaded Plaintiff into believing this was a ‘romantic love affair.’”

In 1974, Tyler allegedly convinced Holcomb’s mother to list him as her guardian, which would allow him to travel with Holcomb across state lines and bring the minor on tour without the fear of prosecution.

Tyler writes of this incident in his own memoir, saying he “almost took a teen bride,” and that “her parents fell in love with me, signed a paper over for me to have custody, so I wouldn’t get arrested if I took her out of state.”

The lawsuit alleges that in 1975, Holcomb became pregnant with Tyler’s son when she was 17 years old, but was convinced to get an abortion by the Aerosmith frontman — a claim she has spoken about before at anti-abortion rallies and in public interviews.

Tyler allegedly insisted on the abortion following an apartment fire, arguing that their unborn baby would be harmed due to the smoke inhalation and the fact that Holcomb had been taking drugs during their relationship — drugs that, Holcomb claims, were being provided by Tyler.

According to the lawsuit, Holcomb went through with the abortion after Tyler threatened to stop supporting her. After terminating the pregnancy, Holcomb says she left Tyler and moved back to Portland, where she became a devout Catholic and eventually met her husband.

Holcomb claims she buried these memories of Tyler until the rock star wrote about them in his memoir and subjected her to “involuntary infamy” by framing her childhood sexual assault as a “romantic, loving relationship.”

The 1997 Aerosmith autobiography references Tyler’s relationship with an underage girl, the apartment fire and abortion — though the victim in question is referred to as Diana. Tyler further wrote about these events in his own memoir and mentioned the apartment fire, but not the abortion.

The acknowledgments of Tyler’s memoirs include Julia Halcomb, which could be a misspelling of Holcomb.