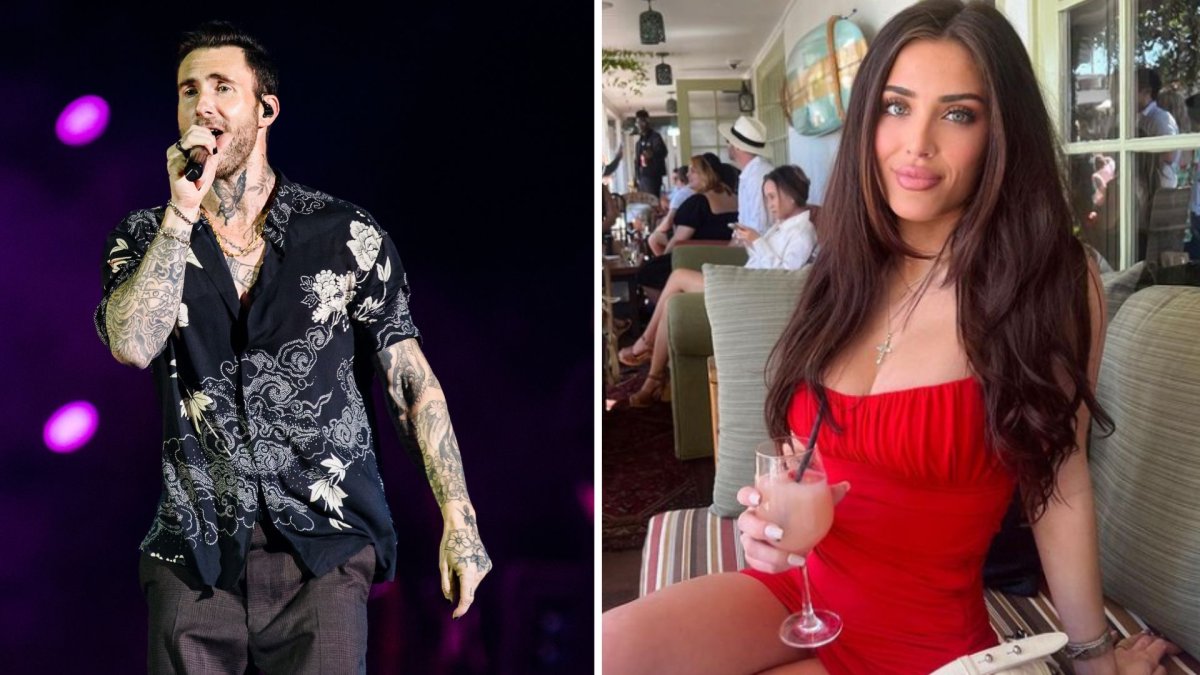 Adam Levine (left) and Sumner Stroh (right). Stroh has publicly claimed to have had an affair with Maroon 5 front man Adam Levine.

An Instagram model has publicly claimed she had an affair with the married frontman of Maroon 5, Adam Levine.

Sumner Stroh, who has over 369,000 followers on Instagram, also said the singer asked to name his third child after her. In a video posted to TikTok on Monday, Stroh, 23, claimed she and Levine had been seeing each other for “about a year,” though she did not clarify when.

“Essentially, I was having an affair with a man who is married to a Victoria’s Secret model,” Stroh said, going on to reveal Levine’s name and several screenshots of alleged messages exchanged between the pair on Instagram.

embarrassed I was involved w a man with this utter lack of remorse and respect. #greenscreen

Levine has been married to model Behati Prinsloo since 2014. The pair have two children, ages four and five, and are expecting their third baby together.

Levine, 43, responded to the allegations on Tuesday morning, writing on his Instagram story that he “did not have an affair ” but that he “crossed a line during a regrettable period in my life.”

“I used poor judgement in speaking with anyone other than my wife in ANY kind of flirtatious manner,” Levine wrote.

The singer claimed to have “taken proactive steps to remedy this with my family.”

Still, Stroh claimed in her video to have been “young, I was naïve, and, I mean, quite frankly, I feel exploited,” during the alleged affair with Levine.

She claimed after she stopped speaking to Levine for “a period of months,” he messaged her asking to give his baby her name. Stroh shared a screenshot of the alleged message, which reads: “Ok serious question. I’m having another baby and if it’s [a] boy I really wanna name it Sumner. You ok with that? DEAD serious.”

Stroh claimed she never intended to speak about the alleged affair publicly, but said she was doing so because a friend attempted to sell the story and accompanying screenshots to a tabloid.

‘She’s brown like me!’: Young girls react with joy to ‘The Little Mermaid’ trailer

As of this writing, the video has been viewed 14.7 million times on TikTok. Also on Monday, Stroh uploaded a second TikTok video in response to people claiming she was playing the victim.

Stroh claimed she is “remorseful” and “embarrassed and disgusted with myself.”

“I didn’t want people to look at it and be like, ‘Oh, she’s playing the victim,’ but in reality it had the opposite effect,” Stroh said, referring to the first video.

The second video has been viewed 4.1 million times.

“I only came forward because I wanted to kill whatever story the tabloid had,” Stroh said. “The most important part that I definitely did gloss over is the fact that I was under the impression that their marriage was over.”

Stroh claimed she felt exploited because Levine “knew I believed everything he said.”

She said as soon as she realized Levine was still married, she stopped seeing him.

“In retrospect, I wish I would have questioned things more. I wish I wasn’t so naïve, but being naïve is not an excuse for what I did and the role I played in this,” Stroh said in the TikTok video.

“Again, in no way was I trying to gain sympathy, and I fully realize I’m not the victim in this,” she concluded. “I’m not the one who’s really getting hurt here, it’s Behati and her children, and for that, I’m so, so sorry.”