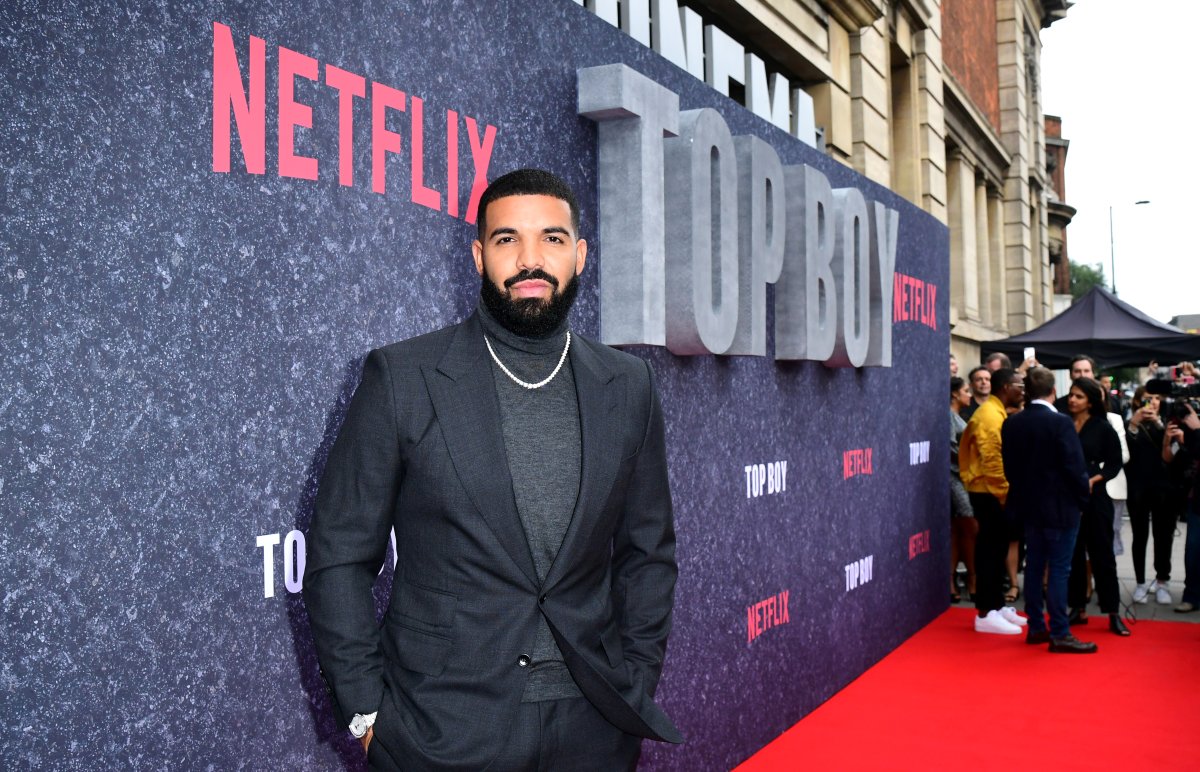 Last week in this space, I spent about 1,100 words whingeing about how so much of today’s music isn’t very good. This concerns me because it shows that I’m backsliding into music snobbery, something that I’ve been trying to leave behind.

I realize kvetching about the state of popular music makes me sound like the old man yelling at pigeons in the park, but I thought I laid out my arguments rather well. In fact, a received a surprising amount of positive emails from people who agree with me. “I’m glad someone said something that I’d been feeling!” That kind of thing.

Here’s the bad news: We’re all going to have to deal with it.

Read more:
A cry for help from a reformed music snob (Part 1 of 2)

If you’re over the age of 35, you grew up in a world where music lived on pieces of plastic that you travelled somewhere to purchase. This was the era when the only way to hear your favourite songs on-demand was to own one of these pieces of plastic. Whatever price you paid entitled you to listen to that music an infinite number of times without ever incurring an additional cost.

And because obtaining music in this manner was expensive, you were very careful about what you purchased. You bought only what you could afford.

Then along came the internet, first with Napster and illegal file-sharing, then with 99-cent songs on iTunes, then all-you-can-eat streaming services. The price of accessing music dropped to zero while the number of instantly available songs increased to tens of millions. Music on plastic became quaint at best, and at worst, obsolete.

And that’s not all that’s changed. Every single aspect of music composition, performance, production, distribution, sale, and consumption is different. The old ways are dead, dead, dead, and today’s youth — and remember that music culture is always driven by young people — have their own way of doing things.

Here’s what you need to accept.

The guitars/bass/drums paradigm is on the way out

In the old days, you’d spend countless hours practising, honing your abilities on a musical instrument, often ignoring the rest of what life had to offer. You couldn’t wait to get home from school to practise the guitar, hammer on the drums, or jam with buddies.

That sort of thing still happens except with laptops, digital music programs, drum machines, and workstations like Ableton Live. Today’s virtuosity doesn’t involve old-school (i.e. “real”) instruments. Hours are spent learning Pro Tools, Logic, and other recording software. Collaborations are often online, sometimes with people on the far side of the planet.

The best beatmakers — composers who specialize in creating rhythm tracks — can make tens of thousands of dollars a month. Chances are you’ve never heard of The Lab Cook, but he’s supplied beats for Jaden Smith, A$AP Ferg, Rich the Kid, and more.

And he’s not alone. Ever hear of Wondagurl, Koz, Murda Beatz, Noah “40” Shebib, Matthew Burnett, Boi 1da, or Frank Dukes? They’re the beat-making names behind artists such as Drake, The Weeknd, Travis, Scott, Kanye West, Jay-Z, Mariah Carey, Migos, Nicki Minaj, Gucci Maine, and a ton of others. Powfu built an international career without leaving his bedroom. (Fun fact: All of those beatmakers are Canadians who are making TONS of money for their work.)

I’ve met more than a few young bands who buy beats and then sing their own lyrics over top. That’s exactly how Lil Nas X scored with Old Town Road. He paid less than $40 for a set of beats from a Dutch producer named YounKio (who, er, adopted things from a Nine Inch Nails track) and ended up with a song that stayed at number one for 19 weeks.

Yes, we’ve heard this one before. In the Apple TV+ series 1971, someone is heard complaining that “there’s only so much you can do with the traditional rock’n’roll setup.” We heard it, too, at the end of the ’70s/beginning of the ’80s when synthesizers came into play. Today, though, somehow feels different.

You don’t need to play gigs anymore to become famous

It’s all about social media now.

A look at the Billboard Hot 100 reveals plenty of artists who managed to become famous without playing a single live show. Sure, they may have played a showcase or two, but none of them had to slog it out in the clubs touring in a van. That includes The Weeknd, Drake, and Alesia Cara. Even Justin Bieber played just a few busker-type gigs before Scooter Braun found him on YouTube. All Shawn Mendes needed to be discovered was a series of six-second videos on Vine (he only went on the road after that.)

Ruth B took a similar route to fame. After suddenly blowing up on Vine, she was signed to a record deal. Her second-ever show was in front of 10,000 people at an iHeartRadio music festival.

Then there’s TikTok, currently the most downloaded app in the world right now. Johnny Orlando is an 18-year-old from Mississauga who is being seen by 10 million followers. That landed him a deal with Universal Music Canada. He’s one of three Juno nominees this year that broke out because of TikTok. Same goes for Vancouver’s Powfu.

These are the heroes of today’s young musicians, not some person with a guitar slung around their neck. Touring in a van? Bouncing from band to band until you fight the right bunch of fellows? Please. That’s so 2010. They haven’t paid their dues in the same way as musicians of the past because they don’t have to. Think that’s shaped the course of music?

Read more:
Here's why Alan Cross says the future of the music industry is TikTok

It’s all about data now

The music business has turned into Moneyball. Thanks to the incredible amounts of data available from social media and streaming, it’s possible to identify trends and opportunities in ways never before possible.

Labels not only have their internal analytics departments but a slew of companies that will help any musician track how their music is consumed. For example, Viberate is a five-year-old company in Slovenia that offers analytics to all levels of musicians. Once you sign up, you can see exactly how each of your songs is performing anywhere in the world.

Then there’s Andrson, which breaks down a track in a zillion different ways and then uses AI to determine its similarity to established hits. Resources can be allocated accordingly to help the song on its way with fans of those hits.

Data is now dictating the course of music culture. There are tried-and-true formulas for songwriting that (currently) work wonders. The music doesn’t have to be good. It just needs to have data supporting the fact that people are engaged. Quality is secondary.

At the risk of sounding like a music snob, compare the chord structures used by The Beatles, Lep Zeppelin, Talking Heads, U2, Radiohead, Nirvana, and Pearl Jam to those used by so many of today’s pop artists. Those older songs are much more complicated in their chord construction, something that only comes from years of trying to master a musical instrument. Much of today’s pop is based on much simpler chord progressions. And they’re, well … boring.

Remember this the next time you listen to today’s pop music or look at the Spotify charts: it’s all about juicing revenues to the max — which, after all, is what record labels do. It’s all about making money, just like the movie industry. Why do you think there are so many superhero movies? It’s because they make billions while quality smaller films struggle to make back their budget.

It’s now the same with music. Everyone is swinging for the fences with every single song. They’re written by a committee using proven hit-making tactics. Ever look at the songwriting credits for any Drake song? There can be a dozen writers and producers involved.

Fans have it figured out and are skewing the numbers

Last month, K-pop sensations BTS set a record for the most Spotify streams in 24 hours with the release of their single Butter. The first number was 20.9 million, but Spotify later chopped that to about 11 million because they discovered BTS fans were gaming the system. Through social media coordination, they conspired to stream Butter on repeat with the volume turned down, knowing that the resulting number of streams would push its way up the global charts.

Speaking of which, that’s another thing about streaming. The heaviest users of Spotify et al tend to be young. They also tend to listen to their favourite songs over and over and over again. Yes, it’s true that this has always been the case with young people. You might remember playing the same 45s incessantly back in the day, but because you did it in private, there was no data to be captured from that behaviour. With streaming, we can see and analyze that kind of repetition by consumers. Can you glean something from this data to create a song that will encourage that kind of repetition?

You betcha. No wonder there seems to so little variation in today’s pop music.

And it’s about short-term thinking now.

The idea of developing an artist through three, four, or five albums is dead. Outside of a handful of superstars, we’re churning through pop singers faster than ever. It’s all about THE SONG. As soon as the public is tired of it, there are a million others waiting to replace it.

Again, older music fans have always looked at the music of the generations behind them with disdain, something that goes back as far as the ancient Greeks who criticized the music of the youth of the day. Nearly 2,500 years ago, Plato wrote that forms and rhythms of music are never altered without producing changes in the entire fabric of society.

Yes, it’s hard to keep from backsliding into music snobbery, but given how the star-making machinery behind the popular song has evolved in the last decade-and-a-half, it’s hard for those of us who prefer the old ways.

Today’s pop music isn’t being made for people like me and therefore, I am not qualified to judge it. It’s best people of my vintage just stick to the music that makes us happy and ignore all that doesn’t.

Now if you’ll excuse me, there are some pigeons in the park that I have to scream at. And stay off my lawn.